What started as just another day on the job turned into an unfortunate accident for a cement truck driver.

Bethlehem Police responded to a call around 2:40 p.m. on Tuesday for a cement truck that got stuck under the underpass of the Albany County Rail Trail Bridge. A Cranesville Block truck was heading west on New Scotland Road and did not realize that the truck was too tall to fit under the bridge.

The roadway was closed for a few hours until the truck could be removed. The State Department of Transportation was called to the scene. They were joined by Bethlehem Police, Slingerlands Fire Department and Albany County Public Works.

The driver of the truck, 53-year-old Shane Holt, was not injured in the crash. Police did charge Holt with disobeying a traffic control device.

This comes on the same day a truck crashed into a bridge in Clifton Park. 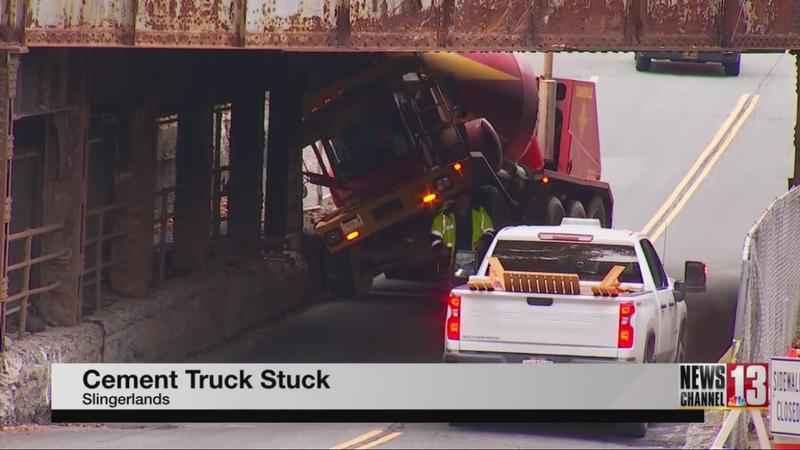