ALBANY – The names of 24 firefighters are now added to the Fallen Firefighters Memorial in Albany. The 24th annual ceremony was held Tuesday morning at the Empire State Plaza Convention Center.

Those firefighters were honored, and their names added along with people from 2020, since there was no ceremony last year due to COVID.

NewsChannel 13 talked with firefighters who say while we must honor those who died, we can also take action in our communities to help fire departments.

"They decided to dedicate their lives as a career or as a volunteer firefighter who have other lives that they deal with, yet when that bell rang, they’re willing to run into danger," said Hochul. 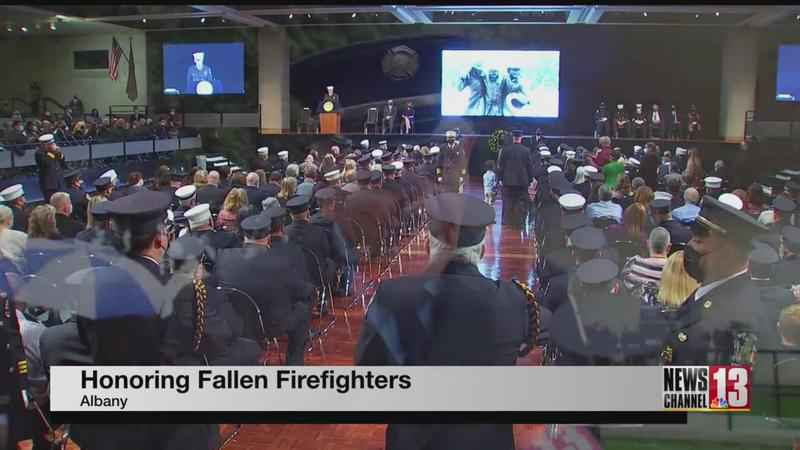 The occasion brings together friends of the fallen who still serve.

Behrens has been part of the volunteer firefighter family for decades.

"When you say brotherhood and sisterhood, you just can’t underline and emphasize that quite enough," he said.

However, in most volunteer departments around New York, former South Schenectady Fire Chief and current firefighter Michael France says it’s getting harder to find people to step up.

"Right now, they need more members. The volunteer fire service is dwindling. No one has the time to volunteer anymore," France said.

Firefighters say supporting the community through fire service is a huge sacrifice.

"For volunteers, it is a significant, significant commitment. A lot of time away from family, just on training alone," Behrens said.

But an important, and for Behrens and France, a fulfilling act of service.

"I think we’re all required to give something of ourselves to help others," Behrens said.

"For me, it’s doing the right thing. Period," France said.