A cigarette butt was accidentally dropped on a pet bed, according to Garrett. He says residents then tried to put out the flames themselves, but the fire to grew and grew.

By the time firefighters arrived, the flames had a good head start.

“It’s not surprising from what we heard that it got this big that fast, and coupled with the temperatures, it made for a tough, tough day,” Garrett said. 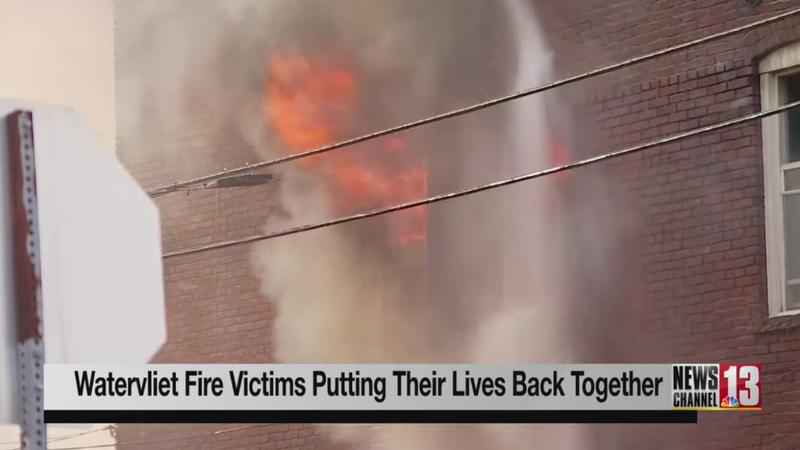 High-powered water hoses were still dousing hot spots on Tuesday, about 24 hours after the fire.

Hear from some of the people who lived in the building and are now frantically trying to start over, including a teen searching for her three missing cats, by watching the video of Dan Levy’s story.