A local scam victim says she was played, and she wants others to avoid the same mistake she did.

The Shen Central School District is warning families about someone pretending to gather money for the school’s athletic teams.

A Clifton Park business co-owner – Tierney Doyle-Mollnow – says her business Sunshine Meadows Nursery has been open for about a year. So when she got an email asking for sponsors for the Shen athletic teams, she thought it was a good opportunity. 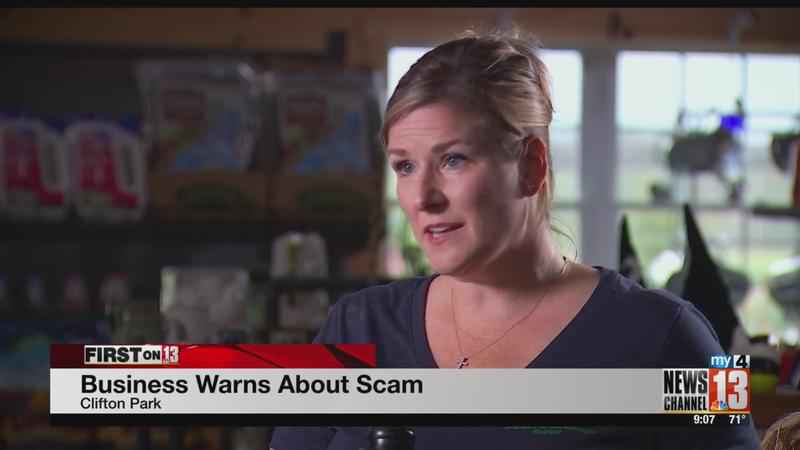 “We thought it was a great way to support Shenendehowa,” Doyle-Mollnow said. “We’re local. We have kids in the school district. So we were kind of excited to have our name out there and associated with Shenendehowa.”

Doyle-Mollnow added, she even received mock-ups from the scammers for their design, under the impression they’d be getting a banner on the Shen Varsity football field.

But then, the Saratoga County Sheriff’s Office arrived, informing her they had fallen victim to a scam.

“I was embarrassed,” Doyle-Mollnow said. “I did check their website. I followed up on all the emails they sent. They seemed legitimate.”

But when she asked for details and proof they were working with the district, she said she’s received radio silence.

So today, NewsChannel 13 Anchor Rachel Tiede called the number on the scam email. Tiede was transferred to a voicemail.

Tiede also reached out to the Sheriff’s Office Wednesday and Thursday, asking if it truly is this company appearing to be sending the scam emails – Elite Sports Promos – or if there’s someone pretending to be them. She hasn’t heard back.

The Better Business Bureau does say spoofing is common.

Melanie McGovern with the Upstate New York BBB said a giveaway in the scam email is that the contact uses a “Gmail” address, not an official company email address.

“It’s really important for everyone to educate themselves on, ‘Is the school raising money and who are they raising money through?’” McGovern said.