There was more chilling testimony Friday in the murder trial of Georgios Kakavelos.

Co-defendant and admitted murderer James Duffy talked about how he and his boss killed Allyzibeth Lamont with a baseball bat in October of 2019.

Duffy also described how the two dug a shallow grave and buried Lamont’s body in the woods off Exit 13 of the Northway in Malta.

If Kakavelos is convicted of first-degree murder, he faces life in prison without parole. 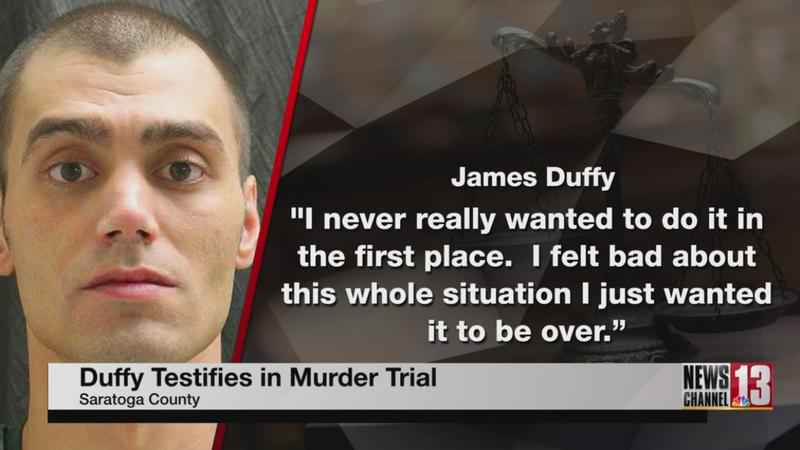 Duffy will be sentenced to 18 years to life in exchange for testifying against his former boss, maintaining that he was just doing what Kakavelos wanted him to.

Learn more about what was said in the courtroom on Friday, including why Duffy says he wanted to help Kakavelos with the murder by watching the video of Mark Mulholland’s story.