Two Cohoes men appeared in court Wednesday to face charges in the death of a six-week-old baby.

After a grand jury just handed down a new indictment, Ojeda is charged with second-degree murder, manslaughter, and endangering the welfare of a child.

He was the legal guardian of a baby named Eli Harmon-Ojeda, who died at six-weeks-old. 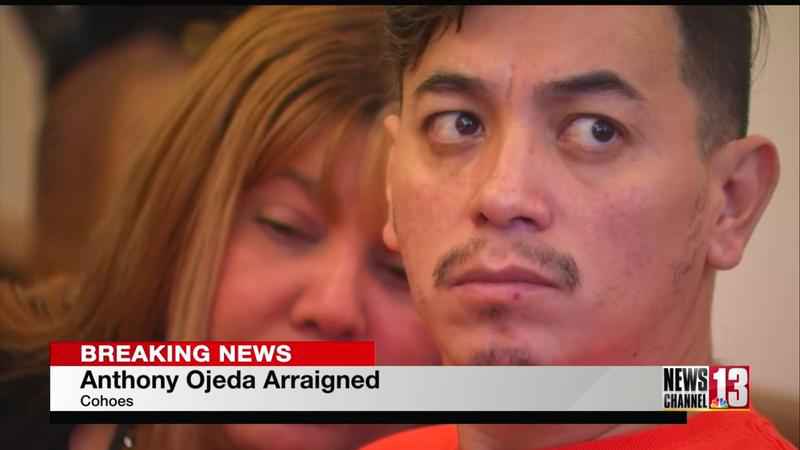 A neighbor in Cohoes called 911.

Prosecutors say the infant had injuries to his ribs and head and toxic levels of methamphetamine.

First, Ojeda was charged with manslaughter, and pleaded guilty. Then he withdrew his guilty plea in April, blaming his husband for the infant’s death in court. Now for the first time, that husband, Neil Garzon, is also facing charges.

He was wearing a jail jumpsuit, because he was picked up the night before his court appearance.

The charge against Garzon is a misdemeanor, endangering the welfare of a child.

Both men stated in court they still live together in Cohoes. Both men had a translator during the court proceedings.

Ojeda pleaded not guilty to all charges against him.

The defense and prosecutor suggested he be released with some conditions. Ojeda was released under the supervision of probation with electronic monitoring, substance abuse evaluations, and a 9 p.m. to 6 a.m. curfew.

Hear how the judge laid out exactly what was expected of Ojeda by watching the video of Kumi Tucker’s story.