They also seized a Stag Arms AR assault pistol with a 50-round drum, plus some 30- and 40-round magazines.

"Anytime you find a weapon of that magnitude in any location in the hands of any type of criminal, drug dealer, or anything like that, it’s a significant weapon with a lot of firepower. It’s great to get off the streets, and we’re happy that we were able to take that off the streets," said Assistant Chief of Police Timothy Keefe.

For more than a year, police have made continued assaults on drug-dealing in the city. 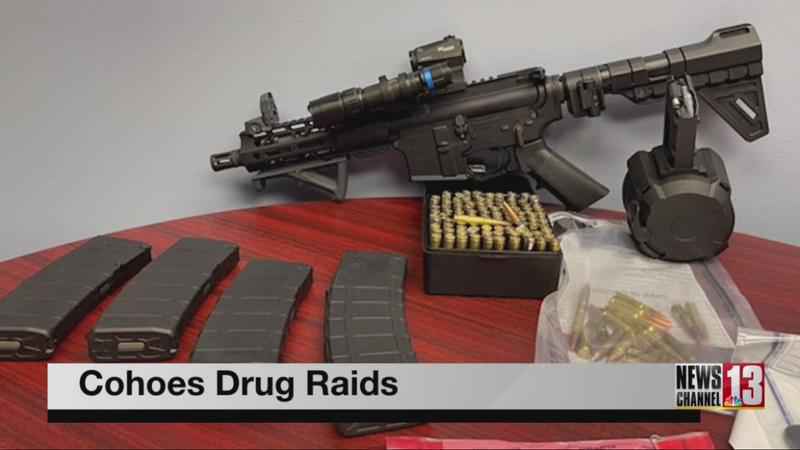 "We have been and there is a significant amount of complaints," said Cohoes Police Chief Todd Waldin. "We have a list of people that we’re looking at for this kind of activity, and we just want to let everybody know that we will continue to work with the community and take their tips and information and act on those."

In a separate case, they arrested Stalin Santos of Cohoes on drug charges.

He’s been in the news before. Santos was arrested on drug charges in a raid in Cohoes in January. Authorities say he was automatically released in accordance with New York State bail reform. Police say they found he not only continued his activity after his release, but also stepped it up.

After his arrest last week, Santos was released under the supervision of Albany County probation.