That’s why the Cohoes firefighters’ union is concerned about a recent call they say took too long to get to. They are calling on the city to hire at least one more firefighter.

It’s the latest in a disagreement between the union and the city about staffing.

The union believes say too often the Hill Firehouse has to close because there’s not enough staff. The union says that leaves the thousands of people in this area with slower response times.

“Minutes and seconds count in this job,” said Rob Wattsman, President of the Uniform Firefighters of Cohoes IAFF Local 2562. 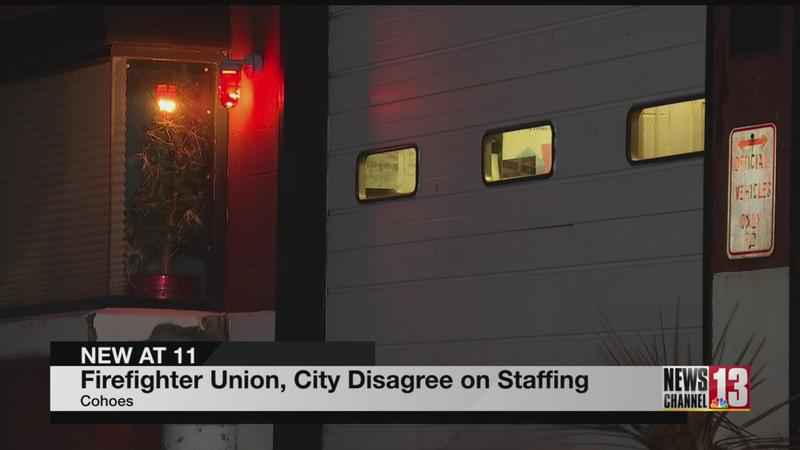 The Cohoes firefighters’ union published a letter to Cohoes neighbors saying far too many seconds ticked by on an EMS call last Friday as ice blanketed the city.

The firehouse on Vliet Avenue was closed because there was not enough staff. Firefighters across town took about seven minutes to get to the patient.

“There’s a lot that can happen in minutes. If this station was own behind me, it would have taken half the time, probably 3 minutes,” said Wattsman, gesturing to the Hill Firehouse.

Wattsman is asking the city hire at least one more firefighter to keep the station open at all times.

“A third of the year, the station behind me is closed, and that means the hill territory is unprotected. And when an ems call or fire call goes out up here they’re pulling resources from another station,” he said.

But the city says the department staffing is at a recent high of 33 firefighters, though Wattsman says two have recently retired.

Mayor Bill Keeler told NewsChannel 13 in part, “…When firefighters routinely call out sick at the same time others are taking time off, staffing dips. That was the case this week when eight firefighters were scheduled but two called out sick and two others simply took the day off.”

He also said his top priority as mayor is public safety, but added that the EMS response was “within the 7-8 minute response time called for under National Firefighter standards for such calls. In this case, the city-based ambulance arrived right behind the fire department.”

NewsChannel 13 also reached out to the Cohoes Fire Chief and left a message, but did not hear back. Chief Joseph Fahd has told NewsChannel 13 in the past that he believes the response times are adequate even when the hill station is closed.