Cohoes firefighters at odds with chief, mayor over staffing

Cohoes city firefighters aren’t seeing eye-to-eye with their chief and the mayor. The difference of opinion is over proper staffing levels.

The Cohoes budget recently passed by the city council sets aside roughly 40% of their money to fund the fire department.

The budget also includes a surplus, and the union representing city firefighters want part of that surplus to be used to hire more firefighters.

There are currently three firehouses in Cohoes: Central Station, the Island Station, and the Hill Station on Vliet Street. 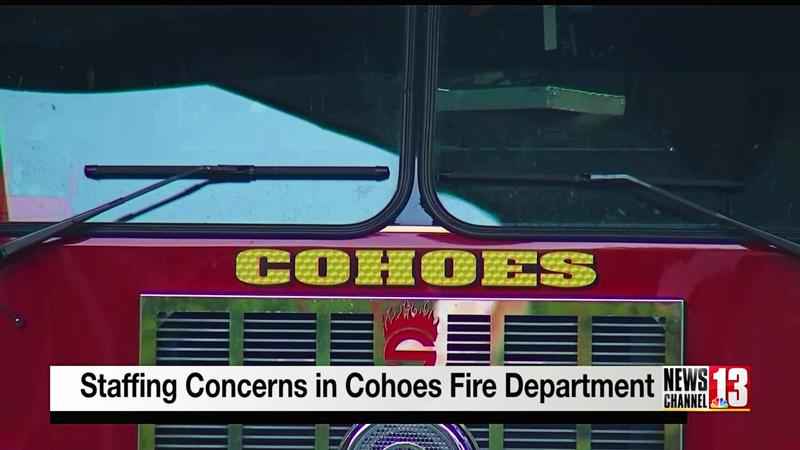 Because of staffing issues, the Hill Station has been closed 10 out of 14 days over the last two weeks, according to Union President Rob Wattsman.

He says over that period, there have been a few simultaneous 911 calls.

He says one emergency caller had to wait 20 minutes for a response, which he believes is too long, and unacceptable.

"When the Hill Station closes, depending on wherever the call is, the Central Station apparatus, the truck, responds from Central, and they cover Central and the Hill territory. So if they come to the Hill territory, now that leaves the Central Station, which is primarily downtown city of Cohoes, where the houses are a lot closer together. You saw what happened a couple of years ago down on Remsen Street, and then if the next call comes in, there’s only one firetruck left, and that’s on the island, and they have to cover the whole rest of the city," said Wattsman.

"You know, it’s the job of the union president to advocate on behalf of the membership, but my primary responsibility is public safety as is the council’s, but we are also accountable to the taxpayers," said Cohoes Mayor Bill Keeler. "So we’re trying to strike a balance. We believe that the fire department is sufficiently staffed."

Reinforcements are expected sometime in December, when four new firefighters graduate from the training academy.

Meanwhile, Fire Chief Joseph Fahd says he’s confident Cohoes residents are safe, and his men can get the job done satisfactorily at the current staffing level.