For years, the Columbia County Sheriff’s Office has overseen the county’s Emergency Management Office, but that could soon be coming to an end.

The part-time department of five prepares for disasters and has been at the forefront of dealing with the pandemic. The Republican Chairman of the Board of Supervisors, Matt Murell, has proposed to make the office its own entity, saying the move "establishes an efficiency that does not now exist in times of crises."

Incoming Sheriff Don Krapf, and his undersheriff, Jacqueline Salvatore, believe it is the wrong move, saying deputies, corrections officers and other staff members have played a big role in its success.

"My concern is again, if this is removed from the umbrella of the sheriff’s office, there is going to be a lapse in service, and it is not fair nor is it safe to the community that we serve," Krapf said.

He also says the office was put under the sheriff’s office 10 years ago as a way to save money, and he believes this move could cost taxpayers more. 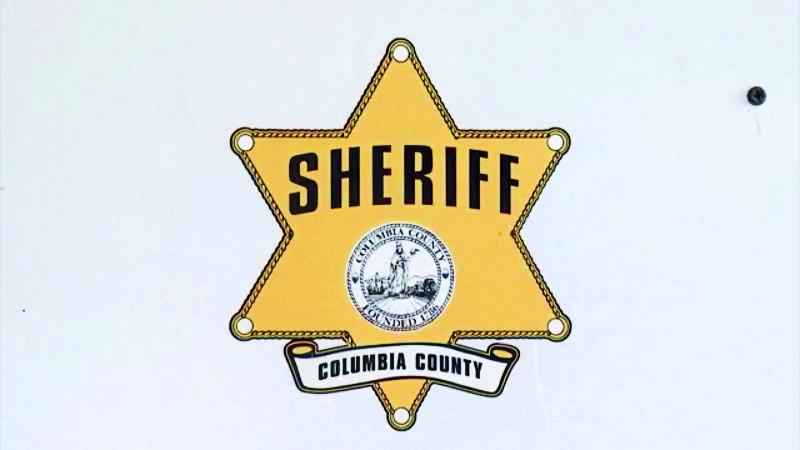 "In conversation with the county, they want to create a full-time position for not only a director, but a clerk," he added.

While some have considered the timing odd, he adds the move is "something that has been discussed in the past with the outgoing Sheriff and would have happened whether or not Sheriff Bartlett had won in November’s election."

Krapf says there is a board meeting on Dec. 28, and he’s expecting a vote on Jan. 3. However, he’s hoping for more time for people to review the data.

"There’s too much at risk here for the citizens of Columbia County," Krapf said.

NewsChannel 13 reached out to Chairman Murell for comment, and he provided this memo:

“The statement made last week by the Columbia County Democratic Chairman in which he claimed that county Republicans were attempting to defund the county Sheriff’s Department to the tune of $250,000 is not true," said Columbia County Board of Supervisors Chairman Matt Murell today.

“Instead, it is a proposed transfer of specific Emergency Management funds designed to establish it as its own department, and not a reduction of funds. This transfer does not affect people’s safety whatsoever and does not affect the Sheriff’s Office one bit," added Chairman Murell.

The operating budget designated specifically for Emergency Management is between $139,000-$140,000. In the proposed transfer, $65,000 will stay with the Sheriff’s budget, as these funds cover software maintenance agreements utilized by various programs in the jail, civil and law enforcement areas.

The remaining $70,000+ would transfer with the county Emergency Management Office. Any grant budget lines are applied for and used strictly for what they are awarded for — this cannot and does not change.

The fact that the Columbia County Emergency Management Office currently operates under the umbrella of the county Sheriff’s Office actually adds a second, and unnecessary, bureaucratic layer to the process in the event of an emergency.

Article 2B of the NYS Executive Law is clear: The Chairman of the BOS (or county executive) bears ultimate responsibility for such things as declaring a countywide state of emergency. New York State requires that the county Board of Supervisors chairman or county executive complete emergency management training and refresh every year.

Efficiency at Time of Crisis

Establishing the county Emergency Management Office as its own department, in turn, establishes an efficiency that does not now exist in times of crises. As its own department, the director of the Emergency Management Office reporting solely to the county Board of Supervisors chairman during large countywide events (such as the pandemic) rather than two separate offices streamlines the process.

“This move is something that has been discussed in the past with the outgoing Sheriff and would have happened whether or not Sheriff Bartlett had won in November’s election," said Chairman Murell, in addressing comments suggesting the proposed move was generated by political retribution.

For its part, Columbia County Emergency Management Office is a busy, part-time department of five that prepares for the worst and hopes for the best while remaining available 24 hours a day, seven days a week. Much of its work is done in the background.

The county Emergency Management Office stresses continual preparedness, both on the governmental level as well as with county schools and Columbia-Greene Community College, and, in some cases, private businesses, such as nursing home facilities and the Tennessee Gas Pipeline in Malden Bridge. Further, the CCEMO applies for and oversees emergency preparedness grants for the county.

Also, it is responsible to maintain the county’s continuation of operations plan, which is part of the comprehensive emergency plan. Emergency Management also works with the American Red Cross should a large-scale incident require shelter, and the Columbia-Greene Humane Society in the event such an incident require the shelter of animals.

“Moving forward," said Chairman Murell, "I would like to recommend that the Board of Supervisors schedule a special meeting in December to discuss the proposed transfer and to answer any and all questions. This would include the Sheriff-elect."