ALBANY – "It was mean, it was disturbing and it was senseless." That’s how folks in Albany are describing the vandalism done to a community garden that’s been around for more than two decades.

It’s really infuriating to see the amount of damage done to the Friendship Garden on Hurlbut Street, just off Delaware Avenue in Albany. It’s also unsettling to find out who the garden is here for and who benefits from it.

Twenty-two years ago, the Lutheran Church of Holy Spirit gifted this land to the Delaware Community School across the street, so that young schoolchildren could learn about nature and growing their own food.

Unfortunately, someone hopped the fence over the weekend, shattered the glass windows of the shed, destroyed what was inside, overturned picnic tables, and trampled the fruits, vegetables and artwork that children had created. That left behind a disturbing scene folks encountered when they entered the garden Monday morning.

By mid-afternoon on Tuesday, volunteers were at the garden to clean up and rebuild. 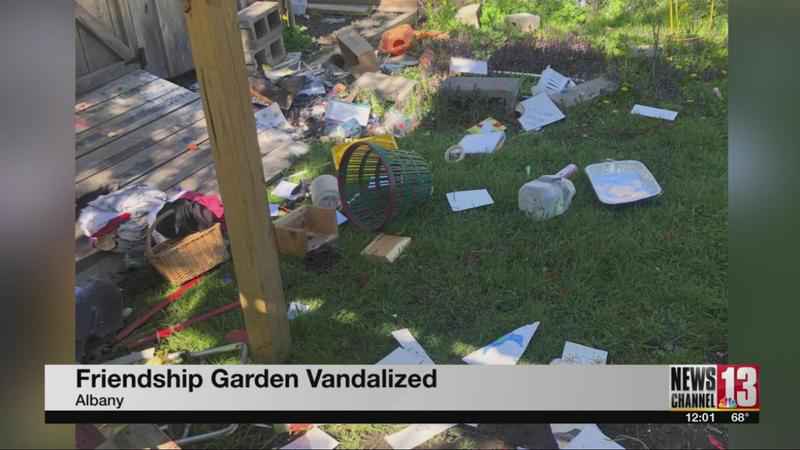 Albany police continue to investigate this vandalism. They’re hoping someone comes forward with information that leads to an arrest.

Hear from distraught garden organizers as they try to piece together who would do something like this, and why one of them says the vandals should be put to work in the garden, by watching the video of Dan Levy’s story.