A march was held Wednesday to bring awareness to gun violence in Troy.

SNUG’s program director, James Chestnut, is advocating for safety in his neighborhood.

"If someone told me that two 16-year-olds that I know would be murdered this year, I would have said no way, this can’t happen," he said.

This year, there have been three homicides in Troy, and two of those were teens James knew personally.

“That really affected us because those kids were a part of the program,” he said. 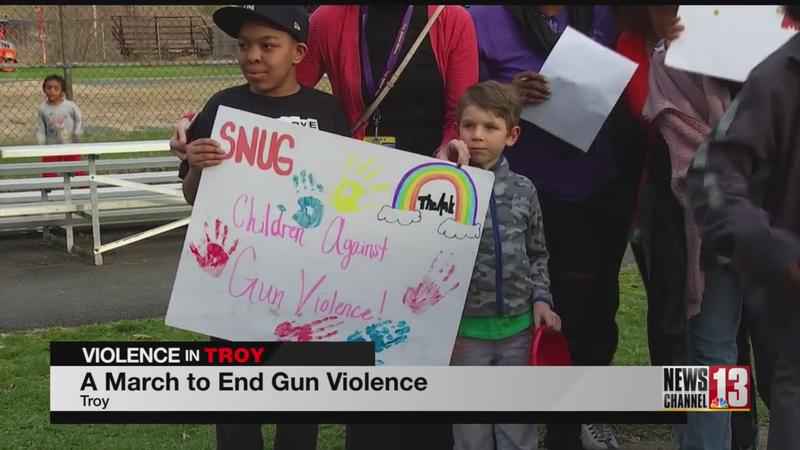 “It’s important that we unify, and we come together as a collective, and we try to create some type of balance between what’s going on,” said Morris.

Different organizations joined efforts with SNUG to support the movement, including the principal of School 2 in Troy, Amanda Klopott.

James says this is home, and he’ll do everything he can to put an end to gun violence.