COHOES – The state Department of Environmental Conservation has yet to decide whether to renew Norlite’s permit to operate its waste incinerator.

Norlite says denying the permit would put 70 people out of work.

Jeff Beswick, CEO of the company that owns Norlite, wrote a letter to the Times Union earlier this month stating that his company just completed a voluntary $30 million investment in their environmental technology to eliminate wastewater discharges and further reduce emissions, which were already well below permitted limits.

Beswick also said Norlite will continue to take steps to reduce dust from its plant. 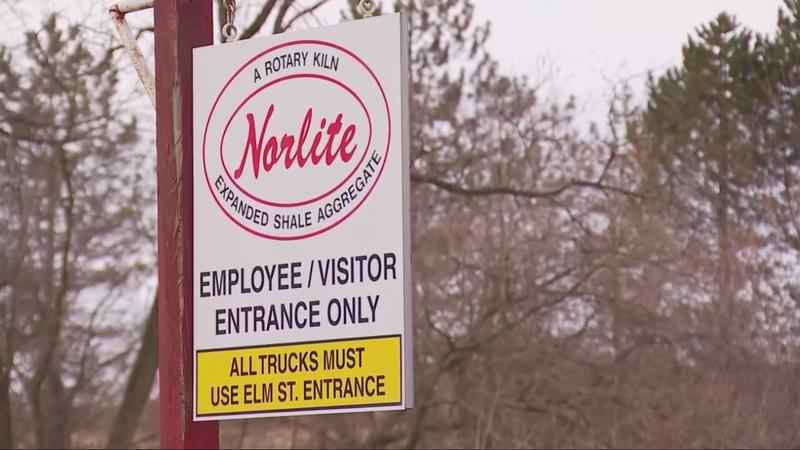 Cohoes Mayor Bill Keeler and Assemblyman John McDonald have some concerns about what the company said in that editorial.

Not only were Keeler and McDonald taken aback by the recent comments made by Beswick in a Times Union letter, so were residents of the Saratoga Sites neighborhood on the eastern perimeter of the Norlite property.

Beswick described and portrayed his company as environmentally-friendly and responsible.

Beswick also writes the company continues to take steps to reduce dust from the site.

"I get it. I understand part of what they were trying to say," said McDonald. "The reality is if you look at these piles and you’ve responded to the dust and odor complaints that I’ve responded to, not only recently but in the past, no, you’re not really a good neighbor and quite honestly, there’s work to be done and no one’s holding you back. Let’s get it done," said McDonald.

Neighbors of the plant say they can still see it, smell it, and taste it. Many of them say they’re suffering ill health effects due the company’s operation.

Hear from some of them by watching the video of Dan Levy’s story.