ALBANY – The large police presence after an officer-involved shooting in Albany drew plenty of people out of their homes Monday afternoon.

Police say it all started as a domestic dispute. Officers realized one of the people inside had outstanding warrants from past arrests. Police say the man stabbed an officer as they tried to take him into custody.

A woman on the scene was speaking to officers. She says she’s the man’s wife, and she wants to be able to go to the hospital, but she has not been allowed to.

Meantime, others in the area don’t necessarily believe what police are saying.

Learn about why by watching the video of Taniqua Pennix’s story. 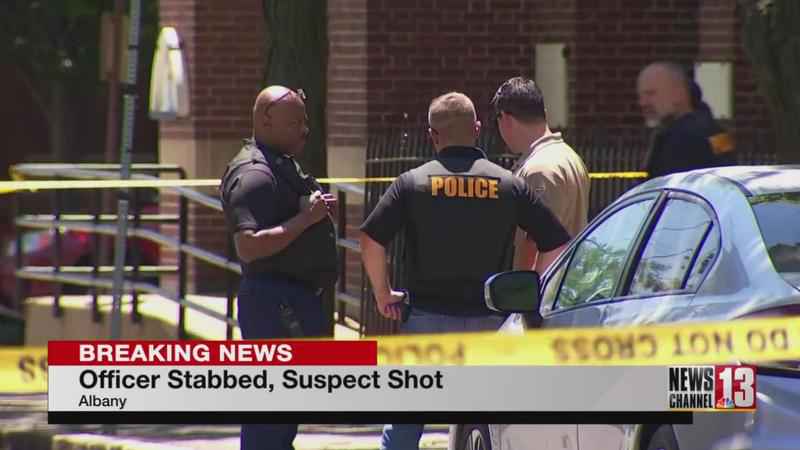