One day after he was found guilty of killing four people, James White agreed to do an interview with NewsChannel 13’s Subrina Dhammi.

She submitted the request weeks ago, and he agreed to talk to her Thursday in an exclusive interview.

White was convicted Wednesday of killing two women and two children in their apartment in Lansingburgh back in December 2017. They were Brandi Mells, Shanta Myers and her two children 11-year-old Jeremiah and 5-year-old Shanise.

We asked him why he chose to represent himself in his trial, why he feels the jury found him guilty and if he has anything to say to the family of the four people murdered. 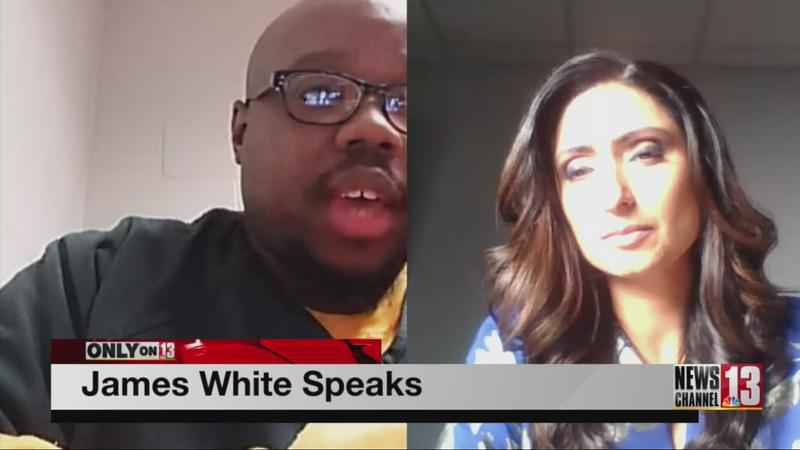 James says he chose to represent himself at his trial because his previous defense attorneys did not do a good job, and he feels they violated his rights.

White maintains he did not kill anyone and still points the finger at his co-defendant, Justin Mann, who has already pleaded guilty and testified during the murder trial.

White says he thinks he was found guilty because of black gloves that had DNA evidence from both White and two of the victims.

White during his trial argued, and reiterated to NewsChannel 13 that he and Justin Mann regularly switched gloves and that’s why he had them.

He’s set to be sentenced January 5 to life in prison without parole.

Hear his message for the families of the victims by watching the video of Subrina Dhammi’s story.