SAUGERTIES – The parents and the grandfather charged with abducting and hiding Paislee Shultis inside a staircase were scheduled to appear in court on Wednesday. However, that court appearance is now adjourned to May 25.

This was going to be the third court hearing for this case. 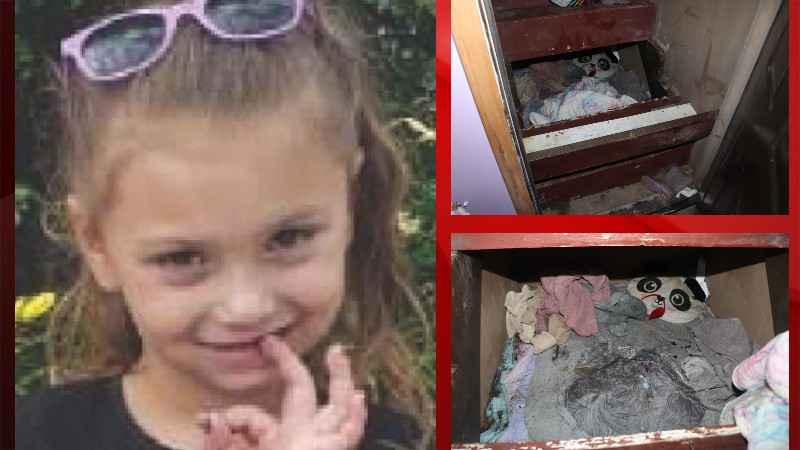 Police say Paislee Shultis was found in hidden under the stairs in a home in Saugerties.[WNYT]

On February 14, Saugerties Police found Paislee hidden inside a makeshift space in the staircase at a home in Saugerties. Police described the space as cold and damp.

Cooper and Kirk Shultis Jr. are her biological parents and lost custody of Paislee in 2019. The then 4-year-old girl was first reported missing in 2019, as well.

Cooper is charged with endangering the welfare of a child and custodial interference in the 2nd degree.

Shultis Jr. and Shultis Sr. are also charged with endangering the welfare of a child, and custodial interference in the 1st degree.

Saugerties Police believe Paislee has been living with the family since she was reported missing.

When the department did a search of the house on Feb. 14, they said they believe they found Paislee’s room. Her name was painted on the wall in one bedroom, it looked like the bed had been slept in, and clothes were scattered around the floor.

This is one of the reasons police said they do not think Paislee was left in the staircase the whole time she was missing. They believe she was put in there when the family knew police were coming.

When police found Paislee, she was in good physical health. There were no signs of abuse. However, she did not know how to read or write.

NewsChannel 13 will keep following this story, and bring you updates on the next court appearance on-air and online when it happens.