The Rensselaer County Board of Elections must select new early voting sites.

The New York Supreme Court Appellate Division has ruled in favor of the lawsuit filed by state Attorney General Letitia James against the Rensselaer County Board of Elections.

James filed the suit that claims mainly minorities in Troy did not have adequate access to early voting sites last November.

We spoke with the Rensselaer County League of Women Voters, who say this ruling will help with voter turnout.

“Studies have shown in states where early voting has occurred for many, many years that it increases turnout,” said Norren McKee with the League of Women Voters. “Particularly, it increases turnout amongst minority and low-income voters, those people who don’t have salaried jobs and can’t afford to take off work for an hour or two to get to cast their ballot on just one day of the year, Election Day.” 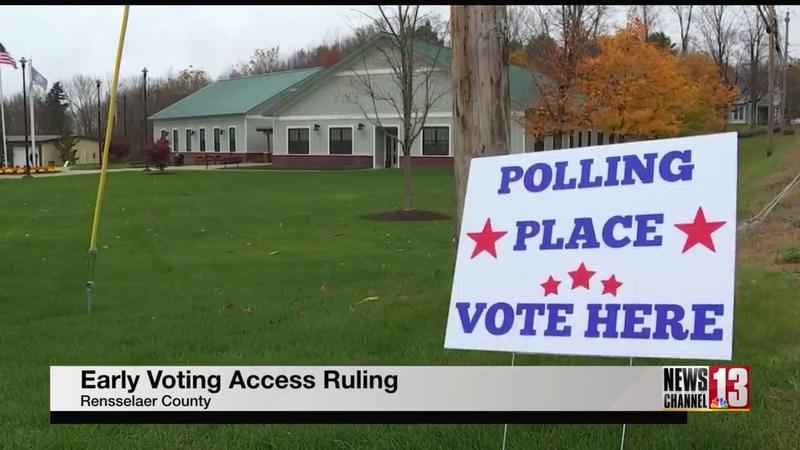 The court?ordered?the Board of Elections to select accessible early voting sites by Sept. 3.