As the temperatures start to drop, the demand for people to find shelter grows.

During the COVID-19 pandemic, local shelters have noticed a change that’s keeping some people on the streets in the Capital Region.

"They’re out there. They are out there in increased numbers. They’re sicker than usual and a lot of them are taking pretty hard drugs out there," Kevin O’Connor said, the executive director of Joseph’s House & Shelter.

O’Connor said it’s because people are not able to seek their regular mental health and substance abuse treatment, causing many of them not to be allowed to stay in a shelter "because of their behaviors and their capacity to tolerate living in a congregate setting." 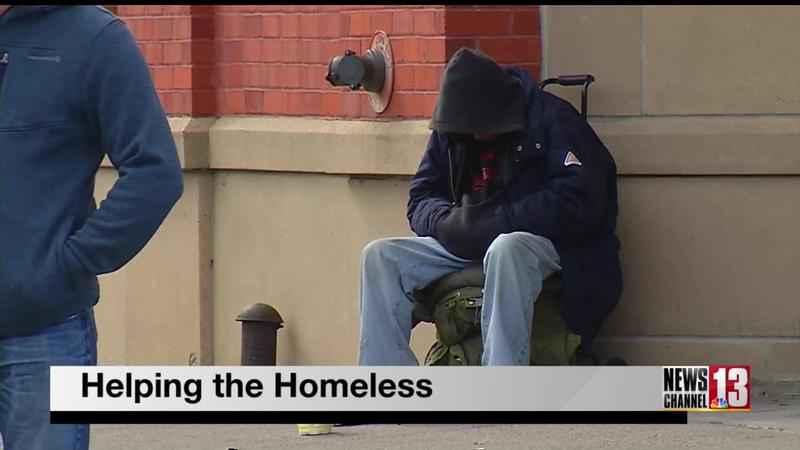 All districts are required by the state to provide shelter for anyone who may need it when the temperature hits below 32 degrees, also known as Code Blue. O’Connor said you need to maintain good behavior to be able to stay inside.

Local shelters are trying to get some of these people back on track, so they can escape the frigid cold.

"Revisit coping strategies that worked for them in the past, try and help them relieve as much stress as possible because stress can induce some symptoms," Tracy Pitcher said, the executive director for St. Paul’s Center.

Despite a number of people remaining unsheltered, St. Paul’s Center, a shelter for moms and kids, is hitting its capacity. It’s the first time they are at 100% since the pandemic started.

Pitcher said many people coming in were previously couch-surfing.

"With the holidays coming, sometimes it’s just too many people in one place. So we’re seeing more come to the shelter now."

Previously, the St. Paul’s Center has been hitting an average of 66% with the help of the state’s eviction moratorium still in place. The shelter expects a flood of people heading to their shelter once the moratorium ends on January 15. Pitcher said they are well-prepared to take everyone in once that happens.

O’Connor said another reason people are staying out of shelters is that people are afraid to come into congregate shelters because of the fear of catching COVID-19.