Cuomo appeared in Albany City Court virtually with his attorneys, to answer to the misdemeanor charge of forcible touching against him.

The only time we saw the former governor during the virtual hearing was a brief three second pan over on his attorney’s camera for his court appearance.

The appearance was an arraignment and then dismissal of the entire case, after Albany County District Attorney, David Soares said he would not prosecute it, because the case could not be proven beyond a reasonable doubt. 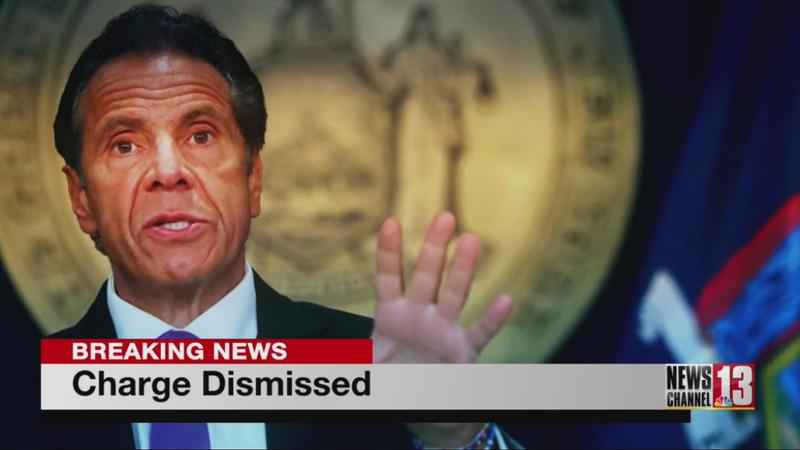 Soares did not appear in the hearing.

Two of his assistants did on his behalf, speaking to Judge Holly Trexler.

They explained they would not be able to successfully secure a conviction, so the charge was then dismissed.

Cuomo did not have to enter a plea to the charge. It’s not required for misdemeanor cases.

The charge was filed by the Albany County Sheriff’s Office, on behalf of Brittany Commisso, a former aide to Cuomo. She has accused the former governor of reaching under her blouse and touching her breast while the two were in his office in the Executive Mansion back in 2020.

Cuomo’s attorney, Rita Glavin, shared a one minute and 20 second statement via Zoom right after the hearing.

In part, she said:

"This case has now been shown to be what it always was, which was a blatant political act by an astonishingly unprofessional and rogue sheriff."

NewsChannel 13 reached out to Albany County Sheriff Craig Apple after the hearing. He said he had no comment.

There was a minor disturbance in court right before the hearing, when a man showed up with a message for the judge. Learn about that, by watching the video of Subrina Dhammi’s story.