Gov. Andrew Cuomo has announced his resignation, effective in 14 days.

In a report released Aug. 3, James said all the allegations were credible. The governor denied these allegations once again during his resignation speech Tuesday.

"The report said I sexually harassed eleven women. That was the headline people heard and reacted to. The reaction was outrage. It should have been. However, it was also false," the governor said.

Cuomo continued to reiterate that his lawyers have already "raised serious issues and flaws" with the report. 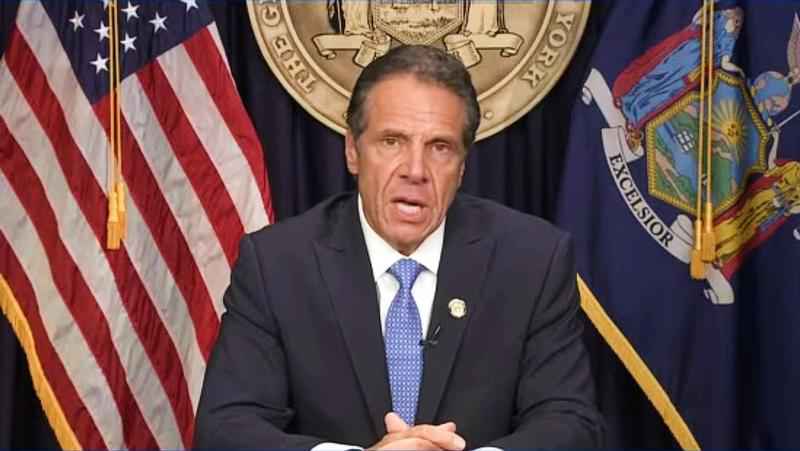 Gov. Andrew Cuomo announces his resignation in a televised address on Aug. 10, 2021.[WNYT]

The governor also addressed the portion of the attorney general’s report which said he sexually harassed a female trooper on his protective detail.

"This female trooper was getting married. I made some jokes about the negative consequences of married life. I meant it to be humorous. She was offended, and she was right," the governor said.

The report says the governor ran a hand across her stomach and a finger down her back.

"I don’t recall doing it, but if she said I did it, I believe her. At public events, troopers will often hold doors open or guard the doorways. When I walk past them, I will often give them a grip of the arm, a pat on the face, a touch on the stomach, or a slap on the back. It’s my way of saying I see you, I appreciate you, and I thank you," the governor continued.

The governor explained, usually they are male troopers. He also made it a point to say how bringing diversity to his police detail was important to him.

"In this case, I do not remember doing it at all. I didn’t do it consciously with the female trooper. I didn’t mean any sexual connotation. I didn’t mean any intimacy by it. I just wasn’t thinking. It was totally thoughtless in the literal sense of the word, but it was also insensitive," he said. "It was embarrassing to her, and it was disrespectful. It was a mistake, plain and simple," he continued.

While remaining steadfast that the allegations are untruthful, he acknowledged it was time to step down.

"I think given the circumstances, the best way I can help now is if I step aside and let government get back to government," he said.

The governor had vowed to stay in office as controversy mounted. However, he has been losing support.

Senators Kirsten Gillibrand and Chuck Schumer, several governors of nearby states, and even President Biden called from him to step down. Several state lawmakers from both parties have also called for his resignation.