For the first time since the attorney general’s report about sexual harassment allegations against Gov. Cuomo came out on Tuesday, we are hearing from Cuomo’s attorneys.

The three attorneys held a news conference via Zoom, and fought back against the attorney general’s report.

The lawyers urged lawmakers and members of the public not to take the report at face value, claiming there were many inaccuracies in it, and calling for a fuller, fairer process. 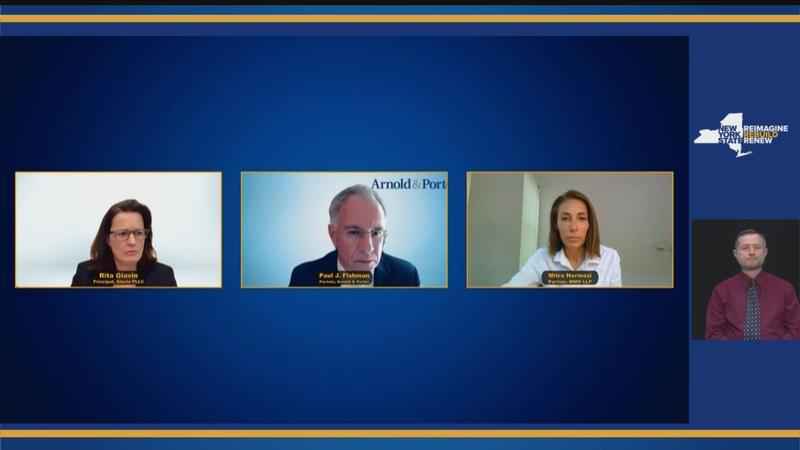 Three lawyers representing Cuomo and the office of the governor accused Attorney General Letitia James of carrying on an investigation that had a predetermined conclusion.

NewsChannel 13’s Dan Levy pointed out to the governor’s personal attorney Rita Glavin that since the attorney general’s report came out, fewer people are willing to give the governor the benefit of the doubt and that many of the lawmakers who will serve as jurors should there be a trial have already criticized the governor publically.

Here’s how she replied:

"I am guessing that members of the Assembly and the Senate did not know some of the things that we’ve shared today, and I hope that would give them pause as jurors," said Glavin. "I’m a trial lawyer. I’ve tried a lot of cases in front of juries, and the reason I love what I do and the process around it is because I love the rule of law, ‘cause you get to tell both sides. When a witness says that someone did something, I get to ask them questions and cross-examine them. That has not happened here."

Ms. Glavin also stated that her response will be ready and delivered to the attorney general’s office on time next Friday.
The governor’s attorneys appeared to use the same satellite that we downlink for the governor’s press conferences. So were resources paid for by taxpayers used to push back against his accusers? NewsChannel 13 is investigating.

The Attorney General’s Office released the following response to the news conference:

"After multiple women made accusations that Governor Cuomo sexually harassed them, the governor, himself, requested that Attorney General James oversee an independent investigation. The independent investigators selected are widely respected professionals, recognized for their legal and investigatory ability. To attack this investigation and attempt to undermine and politicize this process takes away from the bravery displayed by these women.

"There will be a rolling production of interview transcripts made available to the state Assembly, which will be redacted as needed.

"There are 11 women whose accounts have been corroborated by a mountain of evidence. Any suggestion that attempts to undermine the credibility of these women or this investigation is unfortunate."