ALBANY – Terry Bourgeois dedicated part of his life to serving our country in the military, and now, he’s fighting a new battle.

"I was willing to give up my life for my country, but there’s more people that are lost to cancer every single year than all the wars we ever fought," Bourgeois said. "When I learned that, it was the second time I raised my hand, and I said I’m in this fight because we are going to do something about this."

Terry founded the Empire State Ride six years ago. Cyclists of all ages and abilities journey more than 500 miles across the state to raise money for cancer research at Roswell Park.

"It’s expensive and insurance doesn’t cover the cost of clinical trials. The only way to fund people who are literally in line right now to get a clinical trial is by events like this," he explained.

This year’s seven-day ride kicked off on Staten Island and on Wednesday, more than 225 cyclists left Albany to continue their journey to the finish line at Niagara Falls. 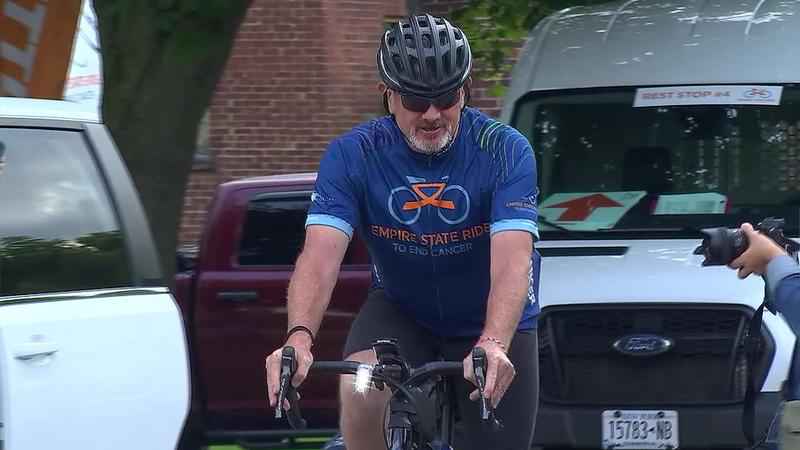 "It’s very emotional when we cross the finish line," Bourgeois said. "When you hear the rumble of the falls in the distance as you are coming around the corner, it is indescribable."

While the ride isn’t always easy, cyclists say it is nothing compared to what people with cancer are going through.

"People say my life changed today because of this experience, and it is so powerful," he said.

To donate or find more information about next year’s ride, click here.