In Saratoga County on Friday, Georgios Kakavelos maintained he was an innocent bystander to the killing of Allyzibeth Lamont.

However, during cross-examination Friday afternoon, the district attorney pointed out that Kakavelos’s story doesn’t add up.

Kakavelos is the last of 64 witnesses to testify. It’s his testimony that will likely determine the verdict.

During cross-examination, Kakavelos was asked about apparent inconsistencies in his testimony. 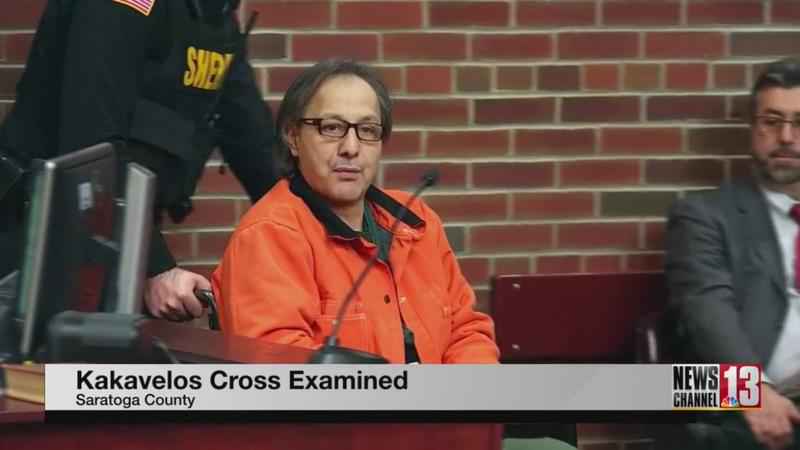 He’s accused of working with James Duffy to kill Lamont inside the Local 9 Deli in Johnstown and then burying her body in woods off Exit 13 of the Northway in Malta.

However, when questioned Thursday by his attorney, Kakavelos claimed repeatedly that he walked into the deli just after Duffy killed

Lamont, and Duffy threatened to kill him too if he went to the police or didn’t help him take care of the body.

Several times Friday, Kakavelos struggled to answer questions about how he had a phone and was left alone minutes after witnessing the killing and failed to call for help.

Learn more about what Kakavelos said in court, and the Walmart security video prosecutors say makes them suspicious of his testimony by watching the video of Mark Mulholland’s ceremony.