The snow and ice storm last week is still taking a toll on some drivers in the Capital Region.

There have been several instances over the last couple of days when massive chunks of ice have flown off a hood or a roof, and come crashing right onto another car.

For Bill and Laurie Bobear of Valley Falls, it was a direct hit on the Patroon Island Bridge.

Laurie was driving and luckily didn’t lose control. However, the other driver kept going. 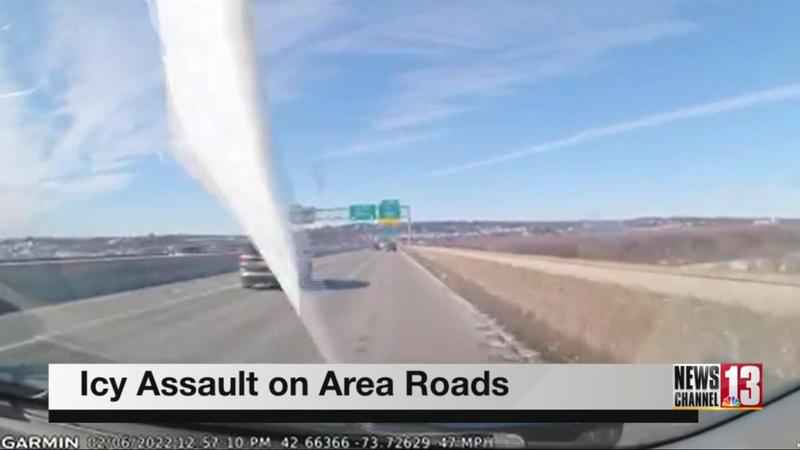 Unfortunately, the dashcam resolution wasn’t good enough to get the license plate.

Something similar happened to Bobby Knoth of New Paltz. He was driving on the Northway near Exit 11.

The retired police officer was on the way home from his daughter’s indoor softball tournament in Queensbury.

In this case, he was able to get a license plate.

Learn about what that driver may hear when they get a phone call from police, by watching the video of Jerry Gretzinger’s story