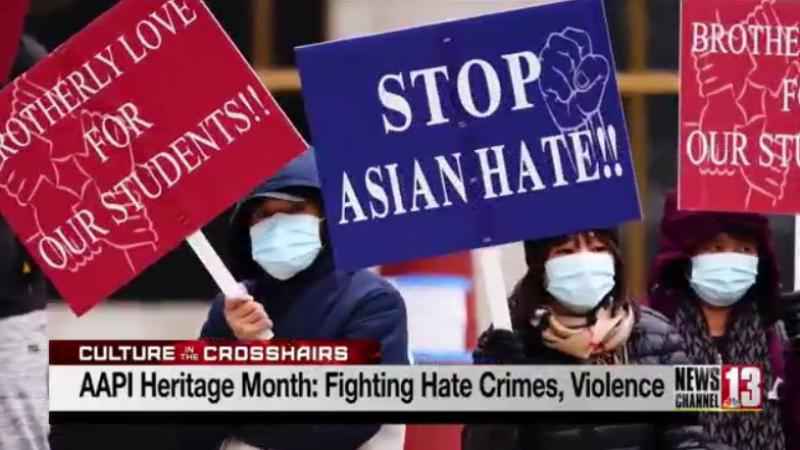 A recent report finds anti-Asian hate crimes dramatically up by 339% in 2021. Many of the graphic, sickening assaults were captured by security cameras. They show a person of Asian descent, getting attacked.

Some say the violence was sparked by former President Trump in March 2020, calling coronavirus the "Chinese virus." Within hours of that national news briefing in March 2020, two Asian Americans were separately assaulted in New York City. It’s the day some people think the troubling, deadly trend of anti-Asian American hate crimes began.

Whether that’s true or not, we do know the more Trump defended his frequent practice of referring to COVID-19 as the "Chinese virus," the more the Asian American community suffered.

The FBI defines a hate crime as a "criminal offense against a person or property motivated in whole or in part by an offender’s bias against a race, religion, disability, sexual orientation, ethnicity, gender, or gender identity."

In January, an Asian woman was pushed to her death at a subway station in Times Square. The suspect, 61-year-old Simon Martial, turned himself in after the unprovoked attack.

On Feb. 27, 28-year-old Steven Zajonc of Manhattan went on a violent spree, attacking Asian women and punching a 57-year-old woman in the face. He then made his way down 30 blocks, assaulting six more women. He was arrested three days later.

Over in Queens, a 61-year-old Asian woman was robbed and stabbed outside a pizza shop on March 26. In a heroic effort to catch the attackers and bring them to justice, the owner of the pizza shop and his son chased the muggers until they became victims after being stabbed multiple times.

The 339% rise in anti-Asian hate crimes could be much higher. The underreporting is due to a combination of several factors — ranging from language and cultural barriers to a lack of trust in law enforcement.

In an interview with NBC News, John C. Yang, president and executive director of the non-profit civil rights group Asian Americans Advancing Justice, said as the Asian American community weathers pandemic-fueled racism, the data proves that other groups deal with their own forms of hate, stressing that in times like this, "solidarity benefits us all."

You can continue to watch our in-depth coverage right here on NewsChannel 13 all this week and on WNYT.com.