A tool that’s new to the high peaks this summer can help with rescues. It’s called the wheeled litter.

People in the high peaks or the Catskills who slip on a rock or break a leg have previously been carried out on stretchers. The wheeled litter, already in use in the Catskills, makes this process easier.

It’s basically a fat mountain bike tire with a hand brake that attaches to a stretcher.

Now rangers can roll the patient instead of carry them, making it much easier. It also helps provide more stability on uneasy terrain. 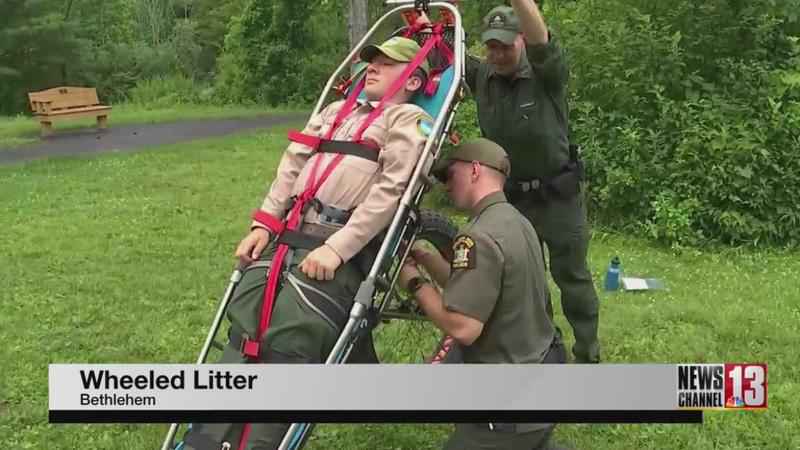 Ranger Robert Dawson says he saw what a helpful tool it could be immediately when they first used it during a rescue in the Catskills.

Learn how many search and rescue missions rangers helped with last year by watching the video of Sam Hesler’s story.