Derby Park is a big part of Hudson Falls’ past. After a $1.8 million makeover, it’ll be key to its future.

It was a park in decay, and it drove the Moran Brothers crazy. They’d drive by the place where they spent much of their youth, and were disappointed to see Derby Park empty and in disrepair. Long gone were high school and semi-pro football games that drew big crowds to the middle of this small village.

So Mike and Brian Moran decided to do something about it. They made their living in Hudson Falls, running the area’s first sporting good superstore. The brothers say that providing a half-million dollars toward the $1.8 million revitalization of Derby Park was their way to give back.

The improvements include new courts for basketball and pickleball, a refurbished clubhouse, lighted, plush new fields for soccer, lacrosse, football and softball, and an area to hold community concerts and craft shows. 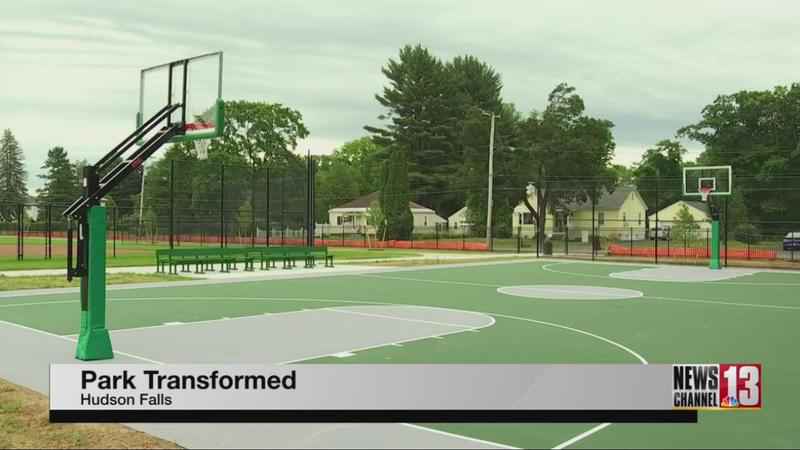 The ribbon will be cut on Saturday at 11 a.m., with a day-long celebration.

Learn about the hope that the park will be a drawing card for a community making a comeback by watching the video of Mark Mulholland’s story.