Did Cuomo have a new garage built at Executive Mansion?

It all started with a simple question back on July 9, 2019. NewsChannel 13 received a tip from a viewer saying Gov. Andrew Cuomo had a new garage built at the Executive Mansion to house and work on his collection of classic cars.

"Governor, keeping with the transportation theme but different topic. It’s been reported that there’s been a garage built at the mansion because you enjoy working on cars. Can you confirm that and who paid for it?’ asked NewsChannel 13 reporter Jacquie Slater.

This exchange took place at Albany International Airport where the governor was participating in a press conference about renovation plans for the airport.

"It’s not why there was a garage built. The, uh, I have a house in Westchester, which is where I do my best work. Not that I don’t do pretty good work at the Capitol on some days. The, at the residence they converted the garages to a trooper command center and eliminated the garages and then replaced the garages," said Cuomo.


Right after the press conference ended one of Cuomo’s aides approached her and asked for her phone number. He said they wanted to make sure she received the correct information and told her someone from another state department would be in touch.

Just a couple of minutes later, before Jacquie had even left the building, her phone rang. It was Gov. Cuomo calling to tell her he thought the question about the garage was rhetorical.

Jacquie responding by saying it was a legitimate question and taxpayers have a right to know. She said if anyone had follow-up questions, someone would be in touch. 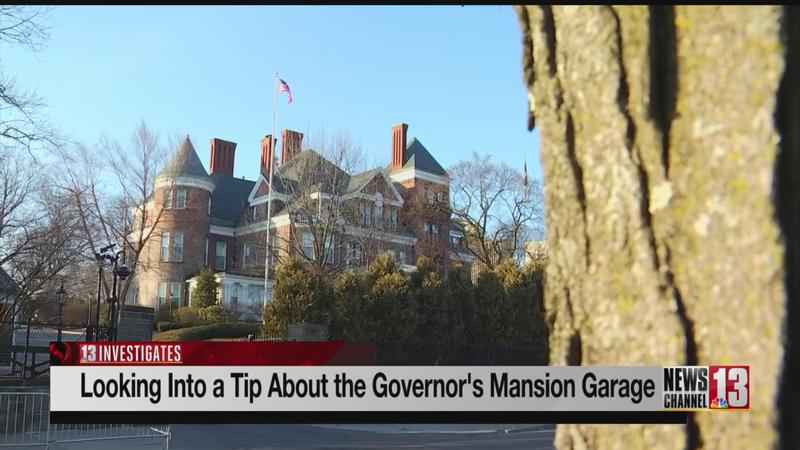 Thus began what would become a 22-month effort to get the truth.

Looking into a tip about the Governor’s Mansion garage

In July of 2019 NewsChannel 13 received a tip that Governor Cuomo had a new garage built at the mansion to house and work on his classic cars. Why did it take two years to get some answers?

How long did it take to get the information we requested?

NewsChannel 13 decided to use the state’s Freedom of Information Law to look into the garage and other possible improvements to the executive residence. Here’s a look at how that request was handled by the state.

Breaking down the information we received from the state

It’s been nearly two years of back and forth trying to find out how much the state has spent on renovations to the executive mansion since Gov. Cuomo moved in back in 2011.

Documents sent to NewsChannel 13 included construction material and labor cost breakdowns, but no plans or drawings for the garage or any of the other projects.