ALBANY – From the nursing home controversy to investigations into state agencies in general, it can be difficult to get ahold of official documents, even when they’re formally requested under the Freedom of Information Law.

So what does it take to get to the bottom of these issues?

Sometimes, it takes a lawsuit and a court order to get the answers you’re looking for. But, sometimes legal action can have drawbacks too.

“This issue has been around for as long as I’ve been doing this kind of work,” said Tim Hoefer, President and CEO of Empire Center for Public Policy, an independent, non-profit think tank in Albany.

In August, Empire Center submitted a FOIL request to the New York State Department of Health. They asked for daily data collected from nursing home operators, which showed the number of deaths among nursing home residents regardless of where death occurred.

The suit was filed September 18. There wasn’t much movement on it until the New York State Attorney General’s report on Covid-related deaths in nursing homes was released January 28.

“Ultimately the court ruled in our favor early in February,” Hoefer said. “They ordered DOH to turn that data over in a matter of five business days, which they did, very late on the fifth day of business. We now have basically all of the data. It came in three different bunches."

It was a win for Empire Center. The court also ruled that DOH had to pay the center’s legal fees. But, because they’re a state agency, that means the fees will be paid with your tax dollars.

"If I’m a tax payer and I am, I’m going to be really upset that not only were these data hidden but it’s costing me more money now because they are going to have to reimburse us for our fees and costs,” Hoefer said.

We asked Hoefer what the legal fees amounted to, we did not get an exact number. 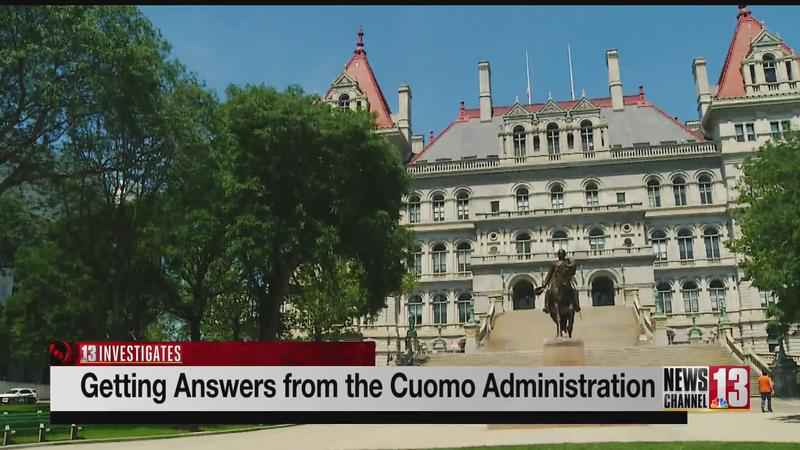 "Obviously we had a lawyer that was working on this and there’s going to be those legal fees and court costs, but over the course of six, seven, eight months, it’s not going to be an insignificant number," he said.

This is not an issue unique to Empire Center. NewsChannel 13 has repeatedly submitted FOIL requests to state agencies that are continually delayed. We even have one request with the governor’s office that has been pending for nearly two years.

That’s why Hoefer said it’s important to take legal action in these situations.

"It’s part of the reason that we’re willing to have these fights,” he said. “They aren’t cheap but certainly as an organization that is tasked, where our mission is about making government more accountable, we feel it’s contingent upon us to do this to help people like you, to help average taxpayers and citizens who want to get information but are getting stonewalled."

You can see the report the Empire Center put out with the findings from their FOIL request here.