WATERVLIET – Newly released documents are revealing the disturbing details of how a Watervliet mom tried to kill her 10-month-old son.

Samantha Valentine is charged with attempted murder, assault and endangering the welfare of a child.

The documents describe a series of attacks on this baby from Oct. 13 to 16, when police were called to the house.

The felony complaint says Valentine violently threw her son across the room from his changing table and a rocking chair several times over that period of four days. 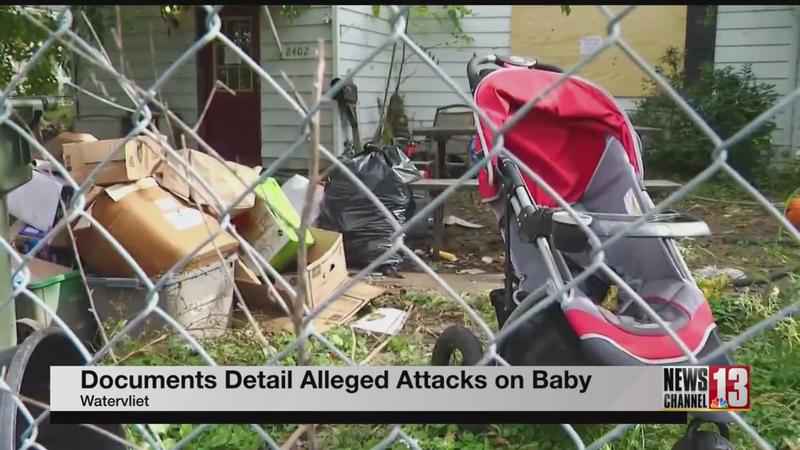 The documents say the baby’s head was injured in the attacks, and resulted in a brain bleed.

Watervliet Police Chief Joseph Centanni said Wednesday a warrant led officers to footage of at least some of the abuse caught on a baby camera.

Centanni got choked up Wednesday, saying this is one of the worst cases he’s seen in his career.

The baby is still recovering at Albany Medical Center. Police are calling him a "miracle baby."