ALBANY – During the pandemic we know that many nursing homes and long-term care facilities, because of untrained staff or a lack of protective equipment, struggled to contain the coronavirus.

Tens of thousands of Covid-19 patients were accepted by nursing homes, including here in New York State, where as many as 15,000 residents died from Covid-19.

Now a letter has gone out from the U.S. Department of Justice explaining they have decided not to open a civil rights investigation of any public nursing home facility at this time.

"It’s not a big deal," said Assemblyman John McDonald (D – Cohoes), "If you look at the actual letter, if you read the letter and if you understand nursing homes in New York State, the request made back last year was a meaningless request by the prior administration. It focused only on state-run nursing homes which there are only a handful in New York State.

There are many who disagree with McDonald. 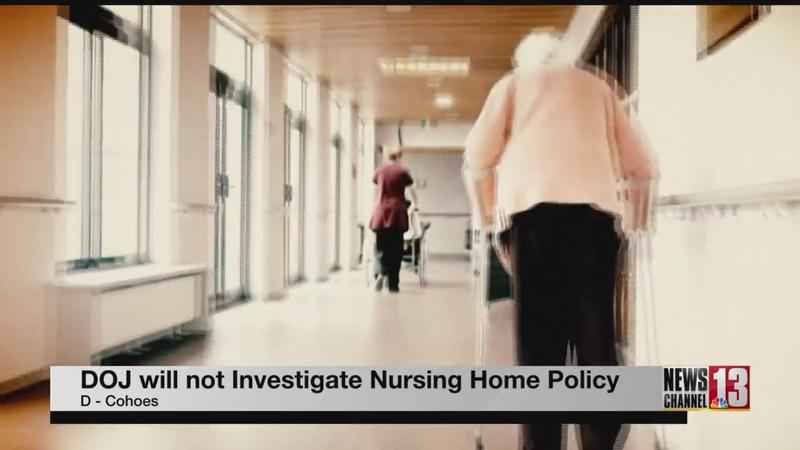 Congresswoman Elise Stefanik (R – Schuylerville) issued a statement Friday afternoon that read in part: "This decision from President Biden’s Department of Justice makes President Biden complicit in the criminal corruption scandal and coverup of deaths of thousands of vulnerable seniors."

The statement goes on to say, "Tens of thousands of heartbroken New Yorkers are counting on us to deliver justice for their loved ones. We will never give up."

State Senate Minority Leader Rob Ortt also issued a statement that read: "Public officials at every level should remember the thousands of families who lost a loved one in a nursing home. They deserve justice."

New York’s Conservative Party Chairman Gerard Kassar asked the question, "How is it possible that President Biden’s Department of Justice has decided that there’s nothing to see here? Could this have something to do with Biden and Cuomo’s long political friendship? Could it have something to do with Cuomo being the first governor in America to endorse Biden for President?"

"To be honest with you, anybody who is making political fodder of this, it’s a slap in the face to anyone who lost a loved one," McDonald asserted, "This is one of those things, no matter what happens, the rhetoric is going to incinerate either side."

McDonald believes the Justice Department’s response was appropriate for what he calls an "ill conceived" request made by the previous administration.

"Many individuals in nursing homes died," McDonald reminds people, "That’s the issue that we should all be focused on, not trying to make political hits, political points on this which, for anybody who is doing it, shame on them."

There are still several other investigations underway including by the FBI, the U.S. Attorney in Brooklyn, and the assembly.