The Empire State Passengers Association is calling on the New York State Department of Transportation to restore the pre-COVID Amtrak schedule to the Empire Corridor Trains.

With the two trains still suspended, morning train travel and connections west of Albany are prevented.

The association says they want this fixed ahead of the busy summer season.

The passenger association also announced New York and Vermont will restore service on the Ethan Allen Train to Rutland on July 19. 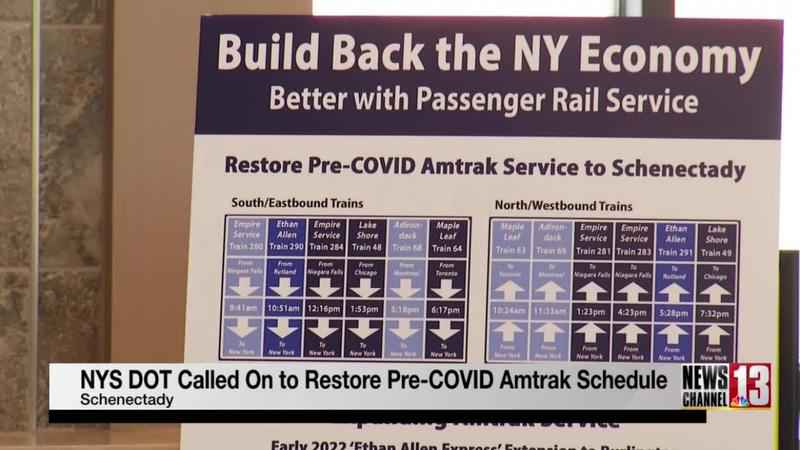