SARATOGA SPRINGS – It appears a colorful crosswalk in Saratoga Springs will stay.

The mayor of Saratoga Springs told NewsChannel 13 she was informed by the state Department of Transportation the crosswalk wasn’t compliant with state and federal standards.

NewsChannel 13 reached out to the Department of Transportation, and they got back to us Friday afternoon with this statement:
"As we have seen across the state and nation, these types of roadway displays have become important pieces of the communities that developed them and send important messages about who we are as New Yorkers. While unconventional, DOT will not stand in the way of a community’s ability to celebrate and promote these important messages of diversity and inclusivity. As the City of Saratoga is responsible for maintaining this roadway, we will respect whatever decision local officials come to regarding the future of this crosswalk and will work with them to ensure the safety of the intersection." 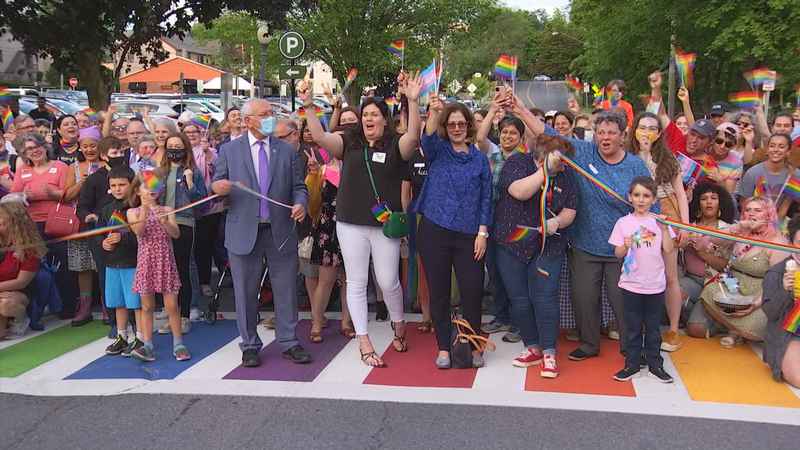 The ribbon is cut on a new pride crosswalk in Saratoga Springs.[WNYT]