Duanesburg community mourning mom, son killed in stabbing, with those who knew family in shock

On a cold and windy night in Duanesburg, neighbors and strangers joined in prayer and song to honor two lives lost in Wednesday’s stabbing and pray for the surviving victim’s healing.

“That’s what we do as pastors, bring people together through crisis,” said Pastor Anthony Solomon.

In the crowd, three women held a picture of Jacob Patino— the five-year-old boy allegedly stabbed to death by his father. All were Jacob’s preschool teachers last year. Friday, NewsChannel 13 learned Jacob was a kindergartner at Duanesburg Elementary. 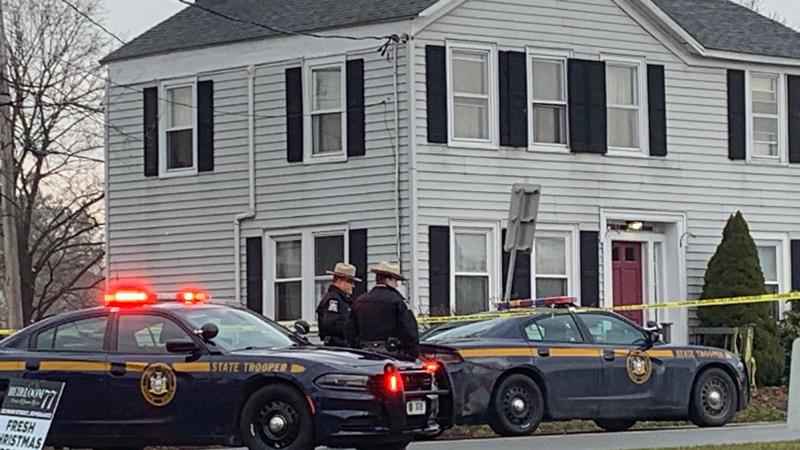 State police respond to a home in Duanesburg where a mother and child were killed in a stabbing. Another child was injured. [WNYT]

“He was excited to be at school every day, he loved his classmates, he loved his teachers and he loved his family,” said Gretchen Badger, one of Jacob’s preschool teaching assistants at his previous school.

His teachers want people to know that Jacob stood out to them. Badger says she’s keeping his kindergarten teacher in her thoughts.

“The thing that’s been so heartbreaking about all of this, is the people who see news coverage of it, they’ll never know that he had dimples that made everyone smile when he smiled, or that he came in with a smile almost every day,” said Badger.

He came into class only speaking Spanish. But he quickly learned English and thrived at school.

“He had the biggest heart and if he ever saw a friend, a classmate alone, playing alone, having a tough time, he would gravitate towards those people,” said Badger.

Teacher’s assitant Kimm Chantor wanted to tell his parents how impressed she was with the boy they were raising. She once spent the day with them— going out to eat and visiting their home—noting how loving Jacob’s mother and father seemed.

They’re now reeling from shock and wondering how that father—Nelson Patino—could allegedly brutally kill his wife, Alexandria Bustamante Gomez, and their son Jacob.

“We come across a lot of difficult situations in child’s families, this was not one of those families,” Badger said.

“He was the dad in the car pickup line that when we were walking out, he would come with an umbrella push cars out in the snow, I mean they were exceptional, just exceptional,” Chantor said, fighting back tears.

There are still so many questions this community is facing, but Pastor Solomon told the Duanesburg community to let this tough time bring them closer together.