To celebrate, the Salvation Army and Dunkin’ Donuts teamed up to deliver free donuts and coffee.

They made a number of deliveries to first responders, medical workers and veterans across the Capital Region.

NewsChannel 13 caught up with them as they brought the sweet treats to the Albany Fire Department.

National Donut Day was started in 1938 by the Salvation Army in Chicago as a way to honor the women called "doughnut girls" who delivered tasty treats and assistance to troops during World War I. 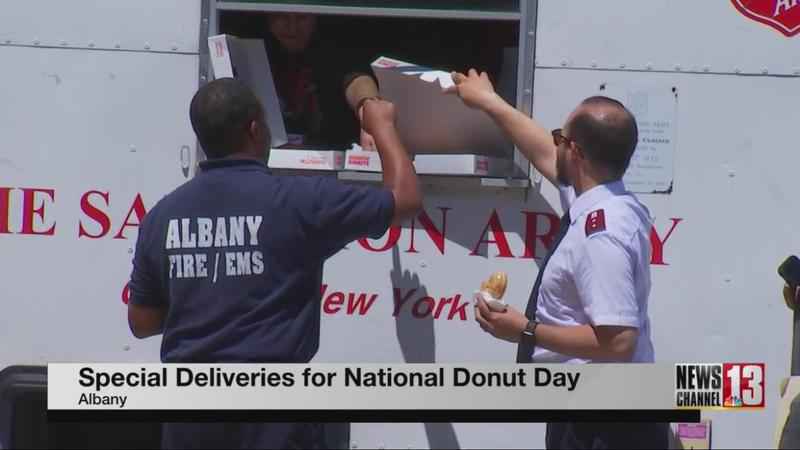