A man who commutes to work on the Thruway recently realized there were extra charges on his E-ZPass bill, even though he pays for a yearly pass. Now he’s warning other people to check their statements.

"I live in Albany, and I work in Catskill, so I get on Exit 23 I get off Exit 21. Normally, I don’t look at it, but it was just there," Ken Brooks, Interim Director of Green County Department of Human Services, told 13 Investigates.

Brooks recently saw he was being charged a "standard" fee when the gantries failed to read his tag. 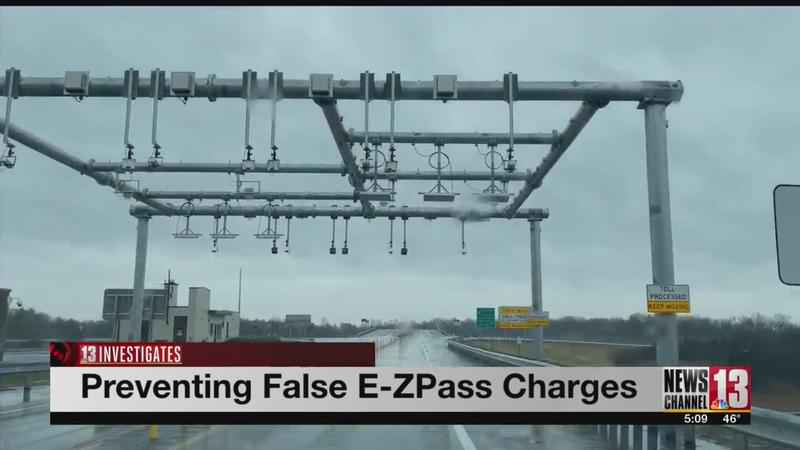 In the "entry" column, the bill showed a blank space, meaning the gantry did not know where he got on the Thruway. When he got off the road, E-ZPass told him it charged him a flat fee.

"So because they don’t know where you got on the Thruway, the computer automatically charges you your maximum toll fee," he said customer service told him.

When he called, E-ZPass said it was an issue of the gantry not working and refunded the charges.

He sent a message to coworkers, and someone posted his warning on Facebook. It now has 12,000 shares, with commenters saying they got hit with the same fees.

"And now that we’re paying $4 and change per gallon for gas, this is the last thing you want to have to pay," Brooks said.

E-ZPass also had to replenish his account to pay it. He has the account set to transfer in $25 when he’s low in funds.

He says one coworker told him they were charged late fees when there wasn’t enough money in the account. E-ZPass credited back the money for them.

13 Investigates sent the bill to the Thruway Authority. A spokesperson says it’s actually an issue with the E-ZPass tag.

The Thruway Authority checked and saw Brooks’ tag is older. They are now sending him a new one.

With open road tolls, they say there’s no longer a sign on the side of the toll telling customers when the pass is not read.

Customers can instead sign up for mobile alerts to know of charges when they happen, and correct them right away.

The spokesperson says they’re warning customer service representatives it’s a tag issue, and they told 13 Investigates reps would be "re-trained" to check on the age of customers’ tags instead of telling them it’s an issue with the gantries.

Customers should also check their statements, now that there are no longer warning signs at the tolls.

"Let everybody know, because chances are people don’t look at the statements," Brooks said.