NewsChannel 13 has been following the ongoing controversy in Rensselaer County, where earlier this week a judge ordered the Board of Elections to add another polling site in Troy. The county is appealing that ruling.

Reed English of Wynantakill is among the first voters to cast an early ballot in this year’s primary election in Rensselaer County. He chose to vote at Holy Cross Armenian Church — the newest early polling site at Troy.

“Certain politicians tracked me down and said hey, early voting. I said, oh, ok. Sure,” he said.

The Rensselaer County Board of Elections has been criticized for the last two years for their first two early voting sites, neither of which provides easy access for inner city voters. One is in Brunswick and the other in Castleton.

The Armenian church is closer, but still not close enough for many.

NewsChannel 13 spoke with the Troy chapter NAACP earlier this week about what they say is the county’s continued effort to make it difficult for people of color to vote.

“Fighting voter suppression is very important to making sure that people have that right to have a say in how their lives will be governed,” said Renee Powell with the NAACP.

Thirteen people came through the door in the first two hours the polls were open.

Poll workers saying a local primary limited to just the Democratic and Working Families parties might not be the best indicator of how this site will fare.

Voters on Saturday said exercising the right to vote is a must no matter what is on the ballot.

“I was free today. I knew it was available, so I just did it,” said voter Amy Ritrovato.

You should check with your local board of elections before heading out to vote to see where and when you can cast an early ballot. 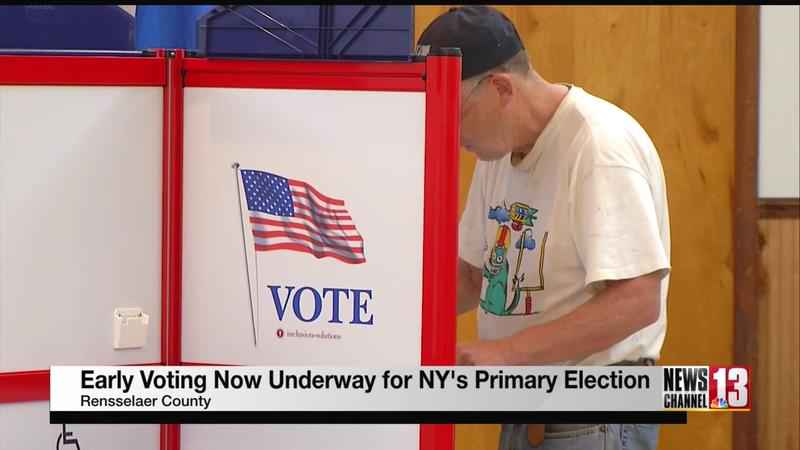