Diane Bollman-Buyer of East Greenbush has quite the life.

"I was a former director of the Allegheny County Office for the Aging. Then I was promoted to New York state. I was the first long-term care ombudsman in the state of New York," she explained.

However, she’s always had a passion for drawing.

She loves to draw children.

Then her thoughts turned to animals by way of a strange and funny incident. 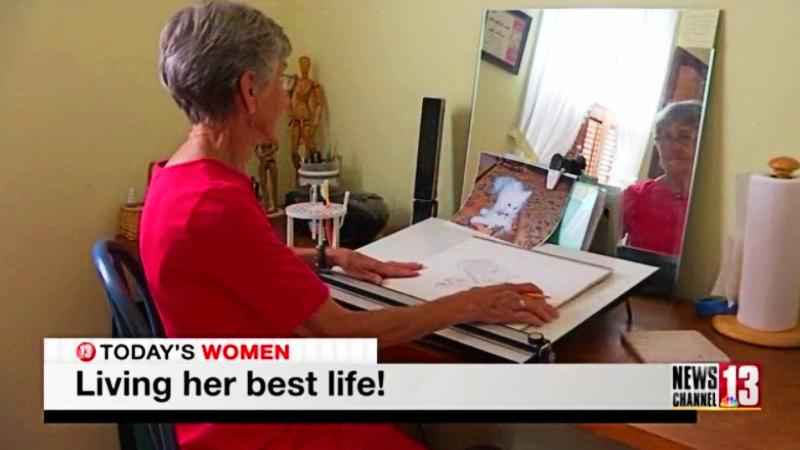 "I was up at my camp and I had my art stuff, and I saw all this black tar stuff, and I went ‘What is it? Is the roof leaking?’ Well, I caught a mouse in my palette, and the mouse had gone out and had walked and trailed the paint,"

She knew that had to be a children’s book and "Pierre, Ze Famous Artist" was brought to life.

The school volunteer then wrote her second book, "Pierre’s Forever Family," after getting a rescue dog.

A renaissance woman who is now 78, she did her first 5K at 74, and recently entered a soap box derby and won.

Learn what she says her driving force is by watching the video of Elaine Houston’s story.