Rensselaer County Executive Steve McLaughlin declared a state of emergency Wednesday after major flooding. He took NewsChannel 13 on a tour of some of the damage Thursday afternoon.

They visited Taborton Road in Sand Lake. Part of the road collapsed, with road crews working all-day on repairs.

Several local officials toured the area and talked to residents. Congressman Antonio Delgado was on hand talking to some of the homeowners.

McLaughlin says this part of the county was one of the hardest hit. He says people on the street weren’t even able to get out of their driveways on Wednesday. 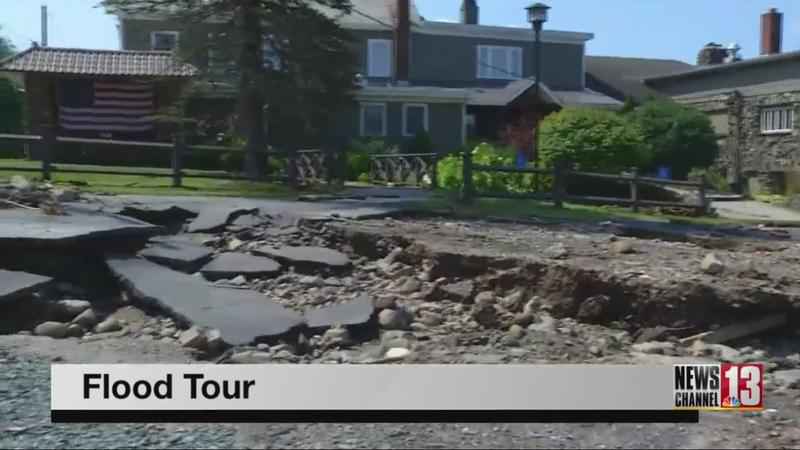 McLaughlin says they have crews and engineers working. He says the cleanup process could potentially take weeks. He wants everyone who was impacted by the storm to take photos and document the damage.

Delgado says he’s committed to helping people in the neighborhood.

"The damage is serious, and yes, there was nobody that was hurt, thank God, but in terms of the impact it can have on one’s morale and one’s pocketbook, if you will, it can be significant. So it’s incumbent upon us to step up and make sure we can meet the moment here," said Delgado.

The congressman says he will go back to Washington with a goal of improving the infrastructure, so this doesn’t happen in the future.