If you had to guess, how much of the plastic being used in your household is actually being recycled properly? The number might surprise you, and it’s not going unnoticed by either environmentalists or lawmakers.

Whatever it is we’re supposed to be doing now with these plastic products, is not working. Because it’s not working, environmental advocates say the consequences are not pleasant to think about.

Of all the multiple tons of plastic that are manufactured each year, only about 5% to 6% of it winds up being recycled. That’s according to a report published by an organization called Beyond Plastics. 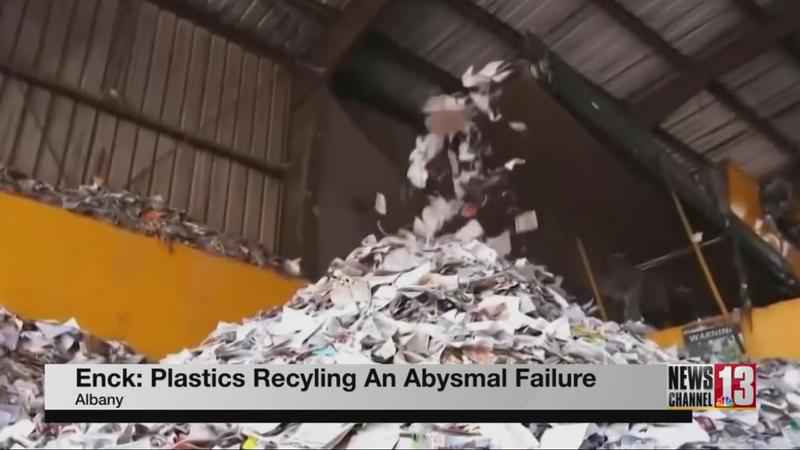 Judith Enck, the former Regional Director of the Federal Environmental Protection Agency, runs the organization. She refers to the plastics recycling phenomenon as an "abysmal failure", pointing out other materials are recycled and reused at a much higher rate. For example, cardboard is recycled at 66%.

Tuesday morning, members of the Assembly Environmental Committee, along with Enck, will hold a news conference where they intend to unveil legislation designed to reduce packaging, promote recycling, save tax dollars and reduce litter.

Learn why she says corporate America is standing in the way by watching the video of Dan Levy’s story.