When Nauman Hussain admitted his guilt on Thursday in the Schoharie limo crash, he avoided a trial and the possibility that he could be sentenced to a maximum of 1 1/3 to four years in state prison.

The plea brings an end to the criminal phase of the Schoharie limousine tragedy. It now allows the civil process to move forward, which might give grieving families more satisfaction than they got on Thursday.

"We’re all mad. We’re all so mad," said the mother of Michael Ukaj, who was killed on his birthday in 2018. She was speaking on behalf of the loved ones of the 20 people killed in the limousine crash.

Jill Richardson-Perez, whose son, Matthew Coons, was also killed that day, found some consolation hearing from Hussain’s attorneys that the defendant listened to every word from the victims’ families, but she’s still not pleased with the outcome.

"I don’t feel there was enough justice for our children. Our children deserved more than that. They really did," said Richardson-Perez. 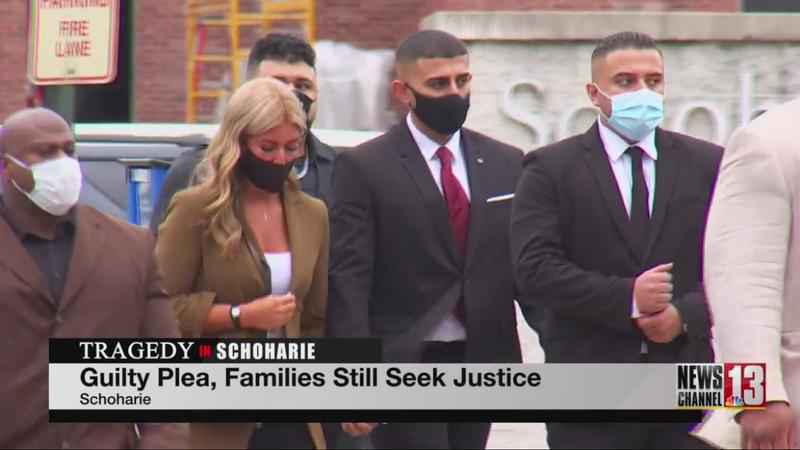 "There’s spouses, there’s families that lost four children, there’s a woman who lost her own child, and there’s little children that no longer have parents."

Grieving families might find a measure of justice in a civil courtroom, but according to an attorney representing some of their estates, they didn’t get any Thursday.

"It’s heartbreaking," said Cynthia LaFave. "If you could’ve heard everything that happened in there today. People’s losses are so immense, and the punishment does not seem to fit the crime."

Learn about why by watching the video of Mark Mulholland’s story.