Family of boy killed in crash: ‘He didn’t know the car was stolen’

The family of 13-year-old Tea’Shawn Walker will lay him to rest on Wednesday. He was killed April 4 in a crash involving a stolen car.

From the time he was a baby, until the beginning of his teenage years, Walker has loved and cared for her nephew.

“He was really a 13-year-old little boy that had a bright future, that loved basketball, that loved his family, and a smile that everyone speaks of,” Walker said. 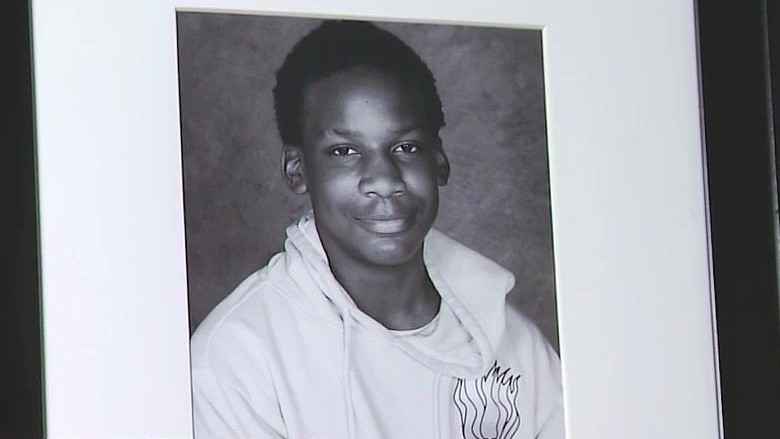 Tea'Shawn Walker, 13, was killed in a crash involving a stolen on April 4 in Albany.[WNYT]

It’s a smile that will never be seen again.

In an exclusive interview with NewsChannel 13, Walker takes us back to the day Tea’Shawn died.

“He asked me can he go be with his friends. I said yes,” Walker explained. “I look at this text over and over again because so many texts I say no, no, no, come on we’re going to do this, we’re going to do that, but this one time I say yes, and this occurs.”

That evening, Albany police said they spotted a stolen vehicle in the area of Lark Street and Manning Boulevard. Tea’shawn was inside the car with five other teenagers, all under the age of 16. Walker said Tea’Shawn did not know the car was stolen.

“To my understanding, he was down with his sister and her friends, he was on the way to the basketball court,” Walker added. “I don’t know what occurred, but somehow things went left.”

Police said they attempted to pull over the car, but the driver led them on a chase.

“Everybody said pull over, pull over,” Walker explained. “The young lady said she couldn’t pull over, the car was stolen.”

The driver crashed into another vehicle during the pursuit, and continued driving on Northern Boulevard.

Walker said from the stories that have been told to her, Tea’Shawn was screaming during the chase, asking the driver to let him out of the car.

The chase ended near a building on Broadway. Tea’Shawn was taken to the hospital and listed as a John Doe.

“I’ve been in nursing for 26 years. When that nurse came to me, I knew that it was nothing else that could be said,” Walker cried even more.

Now, Walker is taking it day by day. She said she will miss Tea’Shawn’s humor, his smile and her daily text messages.

Walker said it would be easy to give up, but she’ll stay strong for Tea’shawn.

“He was a reason for me not to give up,” Walker said.

Walker also added, the support from the community and Tea’Shawn’s school, Hackett Middle School, has been so overwhelming. She said within 24 hours of posting a GoFundMe for Tea’shawn, the $10,000 goal had been reached.