Family of man shot by Albany Police is speaking out

ALBANY – The family of the person shot in the officer-involved shooting on New Scotland Avenue in Albany last week is speaking out.

Jordan Young’s family – his significant other, niece and brother, were all there. They were joined by Alice Green from the Center for Law and Justice on Thursday morning.

They claim the Albany Police Department is lying and not telling the full story. 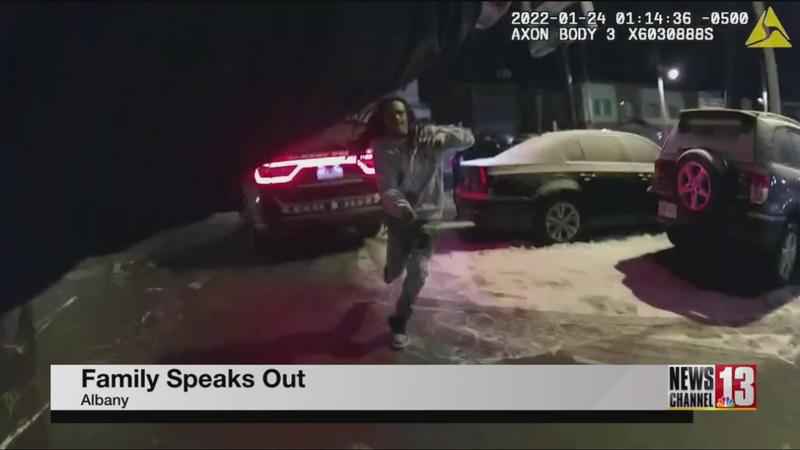 They believe there was no reason to stop Young in the first place.

They say police created a crisis to justify shooting Young.

The family says Young was just walking his dog and crossing the street when police stopped him.

Tatianna Conley is Jordan Young’s significant other. She says police did not notify her of what happened. She says she found out by reading an article in the newspaper.

Xavier Young is Jordan Young’s brother. Xavier Young says there was no home invasion. He says he has no idea why police came inside his house.

Since Jordan Young is under police custody, many of his family members have not been able to see him. Conley says she has seen him.

"From the very beginning, I have been open and transparent regarding this incident and have released several details, including body-worn camera footage. I stand by my initial assessment that the officer involved shooting was justified and unavoidable. However, it is important for the community to know that this incident will also be independently investigated by a special prosecutor or the New York State Attorney General’s Office. The City of Albany’s Community Police Review Board will also have the opportunity to review the facts."

Young remains in Albany Med. His family says he has had at least seven surgeries.