Ferrellgas customers turning to other propane companies to fill their tanks

13 Investigates continues to hear from viewers about issues with getting their propane delivered from Ferrellgas. Now some people who are fed up are turning to other companies.

A viewer who switched over to First Fuel & Propane after she said Ferrellgas could not nail down a definitive date to refill her tank contacted 13 Investigates.

She is not the only one who is doing this.

First Fuel & Propane is a locally owned, family business. The owners told 13 Investigates for the past three weeks, they have been making many propane runs to upset Ferrellgas customers. 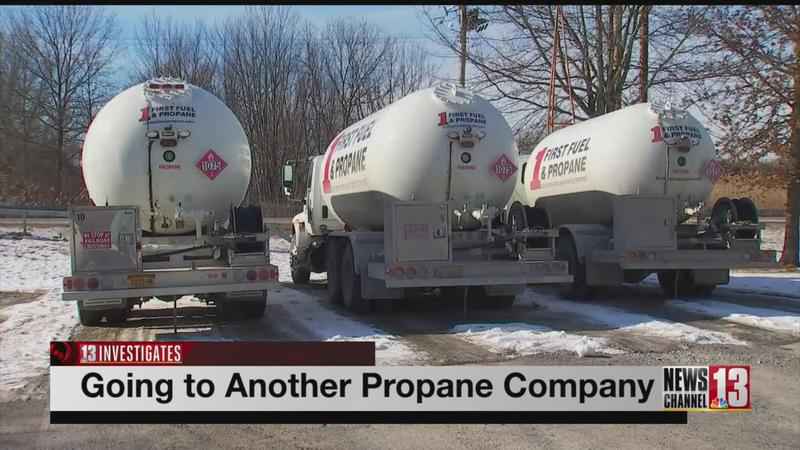 Ultimately, those people are switching over to First Fuel & Propane.

They are helping or signing on customers who are with other national propane companies as well, but it has mostly been from Ferrellgas.

When people call First Fuel & Propane for help, one of the owners, Richard Coon, said they usually sound frustrated or angry because they do not have any gas in their house.

"We’ve got extra trucks. That’s what gives us the ability in the wintertime, that we can always take care of our customers and a lot of other people as well."

To be clear, First Fuel & Propane can only help customers who own their tank, not lease it from a propane company because of container laws and safety concerns – unless they switch over.

Over the phone, a representative with Ferrellgas told 13 Investigates they are experiencing high demand in the area. They said they are fully staffed and pulling double shifts to help their customers.

Watch the video and find out why lawmakers are trying to pass a bill that would allow you to go through a secondary supplier when something like this happens.