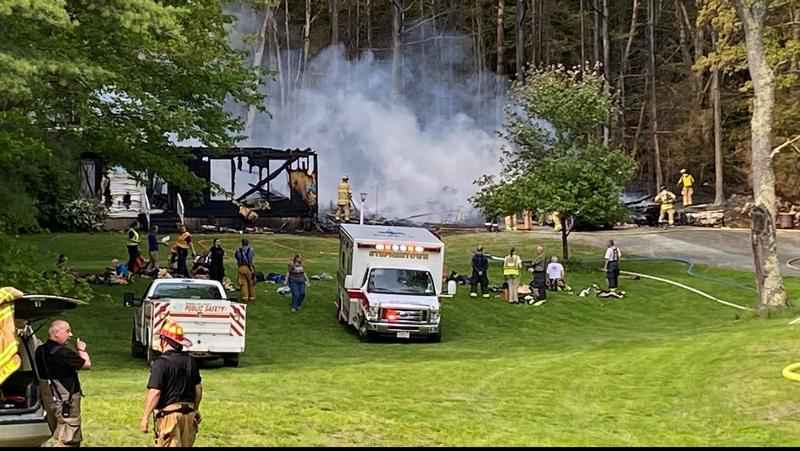 A fire completely destroyed a duplex on Taborton Road in Nassau. The fire also caused a couple of propane tanks on the property to explode, which ignited a few trees.

Multiple crews were called to the fire around 3:30 p.m. Thursday afternoon. No injuries were reported.

The wind made it difficult for crews trying to put out the fire. The fire started in the center of the duplex, and the cause is under investigation, according to Captain Walter Spallane from the Hoags Corners Fire Department.