"They had a lot of classes that I was excited to take, and that I thought looked good for college, and I’m also able to take classes over at Hudson Valley if I want to," she said. "So it just more for the academic freedom."

Kamryn Mullen is in seventh grade. 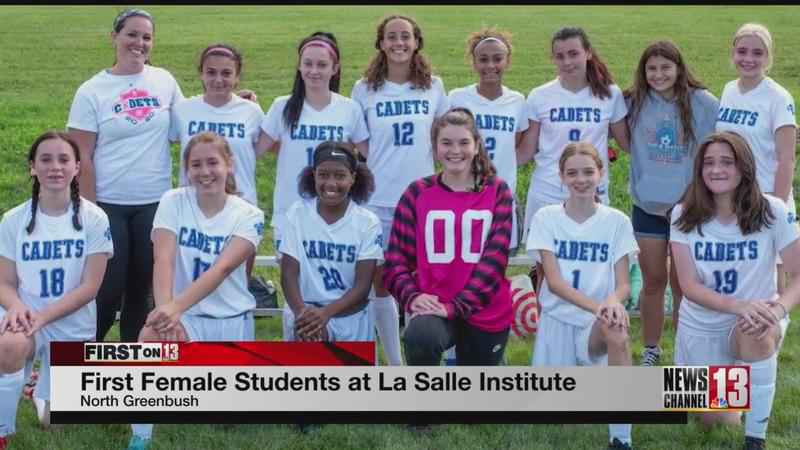 "It’s been really good," she said. "All the teachers have been really welcoming to all the girls that are coming in. The boys have been nice to me and I think that I’m going to have a good day."

School officials say their mission is for all.

It’s also added to the enrollment at the independent Catholic school..

"It’s a record-breaking year," said Director of Admissions Josh House. "We’ve been overwhelmed with the interest. It hasn’t stopped. It started early and it’s continuing every day. So, we’re up. All of our classes are bigger than they were last year, so it’s really exciting."

"After being here for three years and only having boys in my class, having one girl to five girls, to really any number It’s different because I’m not used to having girls in my class," said ninth grader Landon Mullen.

His sister Kamyrn says it’s fun to make history, and said, "Don’t be afraid to do what you want to do just because of what people might think."