The village of Fonda state of emergency has been lifted after flooding on Monday night.

Several inches of rain fell in a short period of time, and some of the worst flooding could be seen in the area of West Main Street and Broadway. It was closed for several hours overnight as crews cleaned up, and exit 28 off of the Thruway was also blocked off for a period of time.

More than a dozen homes had to have their basements pumped out. The county clerk’s office and DMV are closed Tuesday because of the flooding.

As of Tuesday morning, all roads are open again. The Montgomery County Sheriff’s Office is urging drivers to use caution as the cleanup continues. 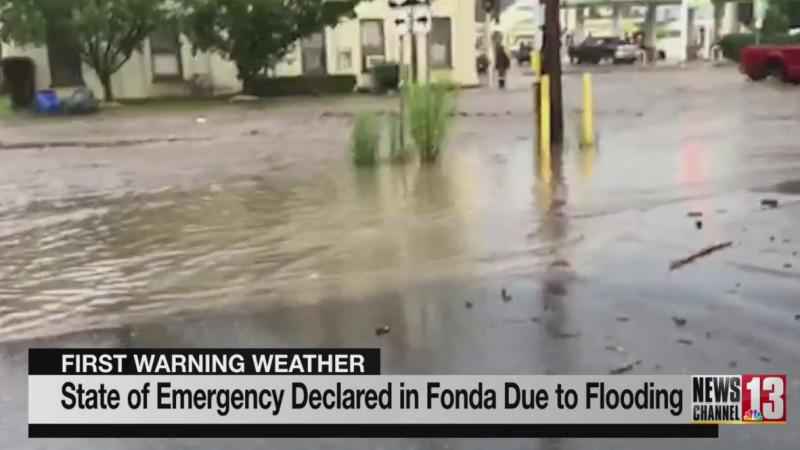 Fonda’s mayor is also encouraging people to wear masks if they are heading out. He tells NewsChannel 13 that drying mud is starting to cause dusty conditions, which could irritate the respiratory system. He says it’s also difficult to know exactly what is in the soil and is asking residents to be cautious.