Former Gov. Pataki: ‘This is a sad day for New York’

Pataki says he was shocked to hear Cuomo had resigned. He didn’t expect that to happen.

Pataki had called for Cuomo’s resignation after the attorney general’s report came out, but he said it wasn’t just because of that. He said it was because of issues including the nursing home scandal.

Pataki became governor in an upset of Andrew Cuomo’s father, Mario Cuomo. He served three terms from 1995 to 2006.

"I think the handwriting was on the wall that this wasn’t going to go away, that the Legislature would take a serious look at impeachment. It was likely he would have been impeached," said Pataki. "There could still be criminal charges, so it just wasn’t possible for him to function as governor." 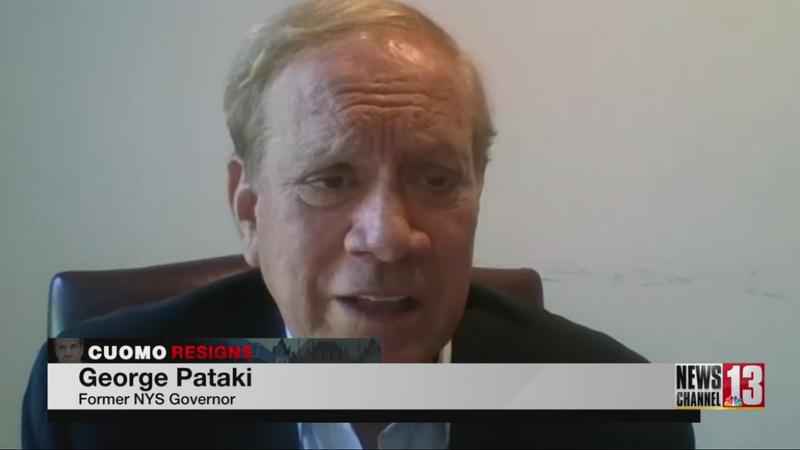 However, Pataki also says one party controlling the government, the Democratic Party, has really hurt New York. As for the next election for governor in 2022, Pataki thinks this is an opportunity for Republicans to show that they can have an intelligent alternative message.