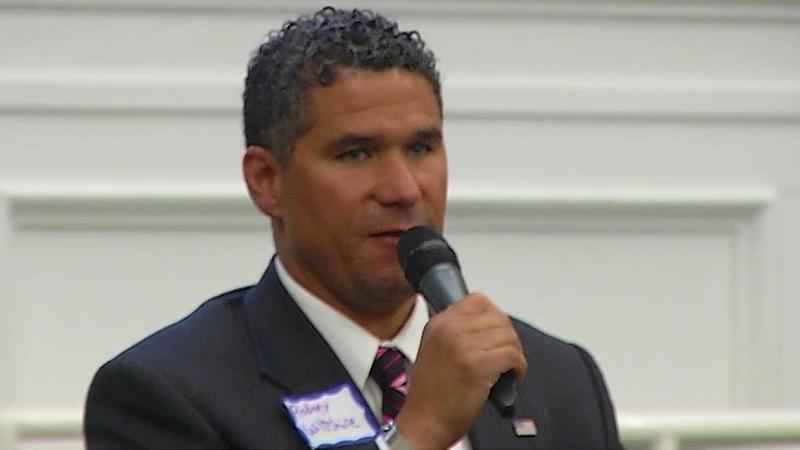 FILE - Rodney Wiltshire speaks at a candidates forum when he was running for mayor of Troy in 2019.[WNYT]

The former Troy City Council president is accused of choking someone during a domestic dispute.

Police responded to a home on Brunswick Road for reports of an incident late Saturday night and arrested 47-year-old Rodney Wiltshire.

He’s charged with criminal obstruction of breathing and blood circulation, as well as harassment.

Wiltshire was scheduled to be in Troy City Court Monday morning, but did not appear because all the judges have recused themselves.

The clerk says the county will not have to assign a court to the case.