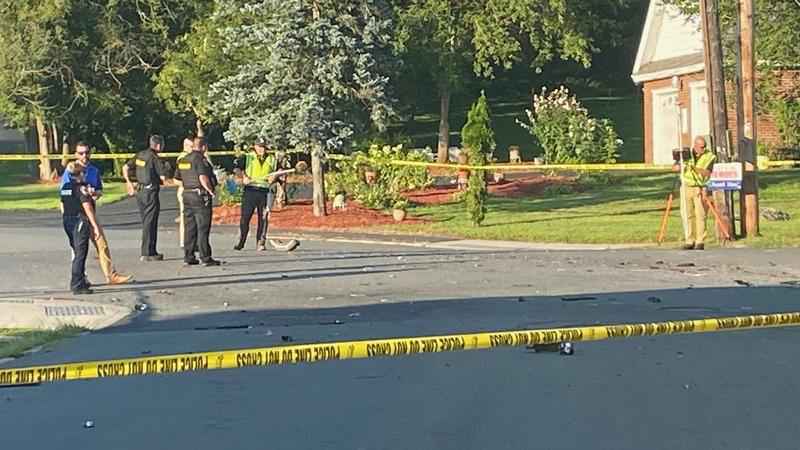 Investigators on scene of a serious two-car crash at Steadwell Avenue and Guy Park Avenue in Amsterdam on Monday.[WNYT]

AMSTERDAM – Four people are taken to the hospital after a serious two-car crash in Amsterdam.

Investigators say both cars were heading south at the time.

They tell NewsChannel 13 two victims were flown to Albany Med with serious injuries, while two others were taken to St. Mary’s Hospital.

State police are now investigating the cause.